Shadowhunters and Downworlders by Cassandra Clare

Favorite Quote:
"The greatest pleasure in life is doing what other people say you cannot do" -Walter Bagenot

I’ll be completely honest when I say that I’ve never actually read anything like this before. A group of essays, that is, about the plot, characters and morals within a book. But hey, a book is a book. And a review is a review. Overall, the essays were hilarious and insightful and each one presented another aspect of Cassandra Clare’s multi-faceted story.

My favorite essays were the ones that startled me, not only with the crisp quality of the writing, but also the ones that presented me with windows into a world to which I often dream of belonging. Some of my particular favorites were “Why the Best Friend Never Gets the Girl”, “Unhomely Places”, “The Importance of Being Malec, and “Immortality and its Discontents”. As a whole, I gave this book 3 and ¾ stars, but these particular essays were closer to reaching five stars.

The key to a good essay is being able to mix tone and voice along with information and opinion. Each of the above essays does that flawlessly. In addition, every one also has an added extra (take the dialogue format of “Immortality and its Discontents”) that just brings out the wow factor within the writer’s thoughts.

The book as a whole succeeds in its purpose of promoting the series and offering the reader food for thought, so next time they read the book they themselves pay more attention to the relationships and interactions that were previously overlooked. However, despite having reached this purpose, I feel like this book almost completely overlooked the dynamics within the “Infernal Devices” series, which was quite disappointing for me considering I enjoyed those books more than “The Mortal Instruments”. Also, an essay by Cassandre Clare herself would have been the perfect key stone to solidify the broad arches drawn by the essays.

Despite these flaws, I recommend this book to all who have read “Mortal Instruments” and “Infernal Devices”, but be warned, there are spoilers for those who have not pulled all the way through the books! 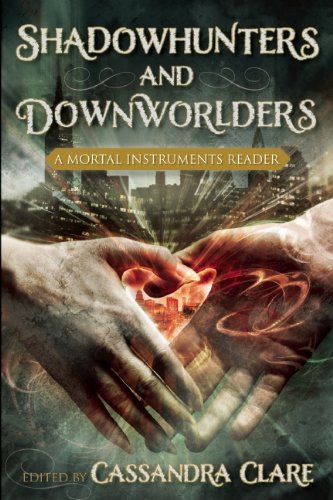 
Buy from Amazon
The author's comments:
My first ARC review, but certainly not my last!
Post a comment
Submit your own

View profile
I like that you're not ashamed to give constructive criticism—the book was good in general but could have been inproved if it had this or that. Most critics are too scared to do so. I'm saddened by the fact that this book overlooked the Infernal Devices Series. I heard it was a great series more so than the Mortal Instruments. Mind reading my review on City of Bones? i would appreciate your commentary.