Outliers: The Story of Success

In the professionally written nonfiction book, Outliers, author Malcolm Gladwell discusses the inconspicuous factors that lead to success. The book focuses on examples of outliers, or people that are different from normal society, to support the argument that success is a product of many different factors and not the result of individual resolve and merit.

Outliers is a well-organized book whose arguments are backed by logical and credible sources. Each chapter in the book highlights a different factor that leads to success. Using relevant real world examples, Gladwell asserts that special circumstances allow individuals to become successful. Each example Gladwell uses is interesting and further demonstrates his point. One specific example that Gladwell uses to construct his theory is the ultra-successful entrepreneur Bill Gates. Gladwell delves into Gate's background and uncovers several events in Bill's life that allowed him the opportunity to become successful: Gates happened to be born in the 50's which was the best time to become a software programmer in today's world, his school had a computer in 1968 when almost no other schools had one, and he had the fortunate opportunity to code on a computer on a nearby university campus for as long as he liked allowing him to hone his skills. All these special circumstances, Gladwell asserts, assisted Gates in becoming successful. There are many more chapters like these in the novel. Gladwell uses a different mix of examples to keep his argument fresh and to show how his theory of success can be substituted for every successful person in the world. His diverse range of examples include a rock band, lawyers, pilots, and geniuses!

As the book progresses, Gladwell builds upon his assertions and brings them together. He states success is the effect of many different elements. These elements include fortunate opportunities, whether a person grows up in a wealthy home or a poor household, and the undeniable cultural trait everyone possesses from their ancestors that give them certain advantages. Gladwell allocates an entire section for what he calls cultural legacy, an insightful perspective on the impact one's culture plays in terms of a person's success. Overall, the book is a fascinating read and its pages will leave you contemplating its innovative ideas for days afterward.

If you are someone who has always been enumerated by successful people and are curious to divulge into their secrets then this book is for you. Outliers will change the way you view success. It will open your eyes to a new way of thinking about success. Gladwell makes a compelling argument that success is the outcome of various opportunities instead of the widely held assumption that successful people rose from the unknown into prominence by their own determination and hard work. Outliers proves that successful people were benefited from extraneous lucky chances and they took those advantages and worked them to their advantage. That is the basic principle behind Gladwell's thought-provoking novel. The book's revelations will leave an imprint on every reader's mind, shedding light on the true nature of success, and drastically change the perspective people have on success in general. 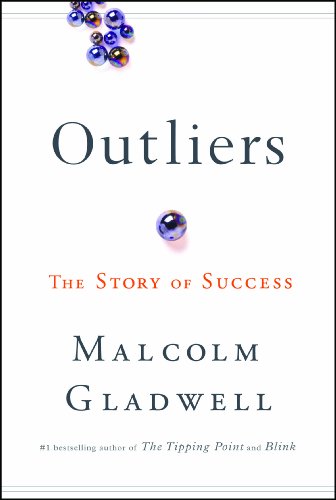