The novel Hater presents the reader with an ever changing mood that causes the readers’ feelings to be ever changing as well. The reader’s feelings not only make a reader want to pick up or set down a book, but also can impact how a particular scene is interpreted. The novel Hater is divided into three distinctly different segments of plot: each of which have their own distinct mood. In Hater, the author David Moody intentionally manipulates the plot and his tone in order to constantly change the reader's mood from bored to fearful to depressed.
The first segment of plot is simply the introduction, the setting of the scene, and the exposition. David Moody simply describes the life of the protagonist: Danny McCoyne. Danny leads a drab and boring everyday life; he goes to work and returns to a musty apartment only to complain about his family. This segment seems to drag on and on because of the boring and monotonous mood during this portion of the novel. Moody writes, “It’s obvious something’s wrong, so why won’t she just tell me what it is? Why do we have to go through this stupid routine every time she has something on her mind?” (Moody, 27). This quote clearly demonstrates Danny’s frustration with his life and his pedestrian view of his daily routine. Danny’s boring life causes the reader to become bored with the plot and ready to put the book down for good.
The mood changes for the better during the second main segment of the plot. As the hater attacks become more frequent and more violent, the reader is hooked and ready for action. The author uses vivid descriptions of the killings to intensify the mood and keep the reader on the edge of their seats. When Moody writes, “He shoved him down into the aisle between the two rows of seats… Evans raised his foot and stamped on his face, breaking his nose and splitting the skin under his right eye” (Moody, 132), he intentionally utilizes sensory images in order to create a feeling of fear and discomfort within the reader. The mood of fear and unknowing discomfort reaches its peak at the climax of the story when Danny kills his father-in-law and runs away. With Danny on the run, living in a housing development, and trying to reunite with his hater daughter, the reader begins to sympathize for the protagonist; the reader realizes how much Danny has lost and wants him to be cured of his disease and reunite with what remains of his family.
The third significant portion of the plot occurs after Danny runs away. He is on the run, trying to avoid authorities and reunite with his hater daughter: Ellis. When Danny is captured and lined up at the slaughterhouse, the mood changes from fearful to depressed. David Moody uses imagery to appeal to the reader’s sense of pity and create a hopeless feeling of unavoidable death. “The torrential rain has continued and shows no signs of stopping. The gray clouds overhead are darker than ever and the light is fading quickly. Don’t think I can stay standing much longer” (Moody, 253). This quote immediately creates  a depressing mood and a lingering feeling of death within the reader. Despite this depressing mood, the reader has already been hooked and continues to read in order to learn the outcome at the slaughterhouse because the reader has actually begun to sympathize for Danny.
The author David Moody intentionally changes his tone in order to create changes in the readers’ mood that keeps the reader interested and on the edge of their seat. The author splits the book into three main plot segments with three distinctly different moods to amplify the readers’ emotions. It becomes evident as the story develops and the mood changes that the author’s modifications of the mood were not only intentional but effective as well. The author leaves the reader at a point in the story where there is glimmer of hope, forcing the reader to pick up the next book in the series to see what happens. 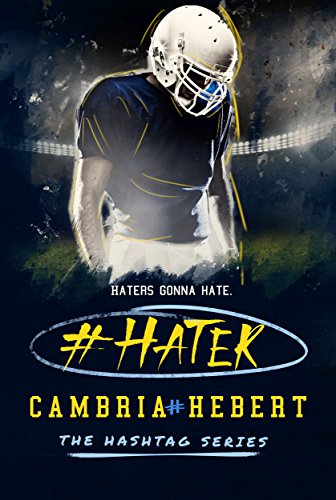