She Started it All | Teen Ink

She Started it All

Favorite Quote:
"Why is it that we rejoice at a birth and cry at a funeral? It is because we are not the ones involved."
-Mark Twain, "Pudd'nHead Wilson"

I’ll admit it, I was one of those kids when it came to dolls: I styled my doll’s hair and made her move for quite a while after the other middle schoolers had moved on to crushes and lipgloss. To be fair, I had had a late start jumping on the dolly bandwagon - my mother had seen their pink price tags and told me that I preferred stuffed animals. It was only once I was nine (almost ten) that I had enough money saved to buy a green-eyed vinyl beauty of my own… I was smitten from the nanosecond I pried her from the box. I hugged her tightly, sat her down, and decreed that we would learn everything - everything - together. I didn’t know how right I would be.

One day, I decided that dolly needed a new outfit, ASAP. My birthday was too far in the future  to wait, so I took some old cloth and fashioned her a toga-like sort of garment, holding it all together with the rudimentary sewing skills my mother had taught me. Today, I follow advanced patterns and get compliments on the things I create… I’m already planning on designing and sewing my own prom dress. She started it all.

Soon, another problem arose. My dolly was fed up with using the box she came in as a bed, so I asked my father for a hand in helping build her a proper one. By the time I learned how to measure, saw, and drill properly, dolly had a bed and I had a taste of woodworking. Today, I know my way around all of the tools needed for the bookshelf I’m building. She started it all.

My first doll got me off of the couch and into my own imagination. She was there when I learned to bake, propped up on the counter to hold the eggs. She went with me everywhere: teaching me how to French-braid in the backseat of a long roadtrip. If dolly needed something, I would get out the glitter-glue and pipecleaners to make it myself, or die trying. She started it all.

The best thing she’s ever done for me? It all began when I picked up a camera, and documented dolly’s backyard poses with blurry photographs. Soon, I was making shaky, overexposed videos of dolly going on vacation and dressing up for Halloween. Over the course of years, the videos got less shaky… some even made people laugh. I uploaded them online, and found dozens of tweens like me who would compliment my work and give good advice, keeping me going until I’d built a home. I learned how to edit, then how to animate, and then how to write.

This year, I’ve won photography and videography contests on regional to national scales. I accepted a portfolio-based scholarship to attend a summer film program at a university hours away from home, in a big city I’d never been to. I worked around the clock to hone my craft, made incredible friends with common interests, and earned college credit to boot. I built up my portfolio, wrote scripts with my friends, and read up on art schools. I’ve even had my work featured in a magazine, a big promotion from my bedroom walls. The person I have to thank for everything sits in a box in my closet, gently wrapped up and knowing that I could never bear to give her away. Still, I’ll never allow myself to be embarrassed by the time we spent together; I’ll never consider it a waste. If there’s one thing I’m sure of, it’s that she started it all. 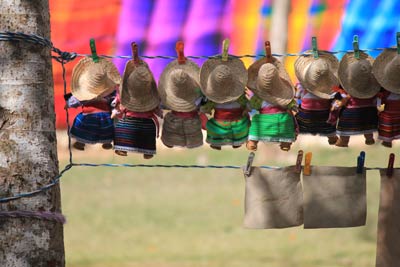