I sighed as I stared at the slow hands of the clock. It seemed like they moved slower the longer I looked at them. They were torturing me. Yes, indeed; the clock was mocking me. It wanted anger to build up inside of me. It wanted me to scream and jump up. But no, I wouldn’t allow it. I wouldn’t be victim to its powers. Slowly, the numbers on the clock faded and moved, dancing around the clock. What was the time? When could I leave? It was my dyslexia. It was ruining my life! I jumped up in frustration.

“Make it stop!” I screamed, “Let me leave!” Everyone was staring. They knew I was weird. They knew that I couldn’t control it. I couldn’t control when I went mad. Yet still, they all laughed and stared at me. High school was cruel, especially to me. Mr. Jefferson walked over and set his hand on my shoulder. It was comforting, I’ll admit, but I felt like a child.

“Is everything all right, Sean?” he asked calmly, “Do you need to visit the nurse? Should I call your parents?” He patted my back. Mr. Jefferson was my favorite teacher. He understood what I was going through because he went through it as well, and he was fine. That was my only hope. I hoped that my dyslexia and random panic attacks would stop someday, like his did. Nothing was blurry anymore. I could see their faces, mocking me. They were whispering. I could hear them. “What a weirdo,” one voice said and another voice “Is he even normal?” I saw their smirks. I couldn’t let them get to me, I just couldn’t.

“I’m fine, sir,” I said as I sat back down. I could see the clock clearly now. It was moving at a normal speed. There were two minutes of class left. It was never the clock’s fault. I felt like a fool for getting so worked up. I quietly opened my book and tried to ignore the dozen faces staring at me.

10th grade was tough, I’ll admit. But high school, that was impossible. It wasn’t really the classes; no it wasn’t that at all. It was the people. It was how they looked at and treated me; with disrespect. It was their mocking smiles and smirks. It was all the names they called me and all of the beatings that I received. It was all this that made high school the worst place ever. The entire school was like a caste system. At the top were the popular kids; the jocks and cheerleaders, and below them come the choir team, bands, honor students, skaters, etc. Then there are the geeks and nerds. And at the very bottom come people who can’t speak English and “special” kids with problems… like me. Here, we come to the conclusion that the people with the most problems in high school are people like me. It is the bottom of this pyramid that is bullied by the top. It is us that have no friends, aren’t accepted to clubs, and sit alone every day in the cafeteria. No one likes … us.

Sitting in the hallway this morning, I felt it again. It was coming. By now, I could tell when it was about to happen. I would begin sweating and my chest would feel as if it were on fire. Everything would begin to become blurry and people’s voices would just sound like muffled laughs. I felt a bead of sweat stream down my forehead as I leaned against the lockers and tried to catch my breath. I turned around and hit the lockers. When would it stop? It began slowing down. I felt the heat that was rising in my chest lower and things began to become clear again. A crowd had gathered around me and Rasco Marks was in the middle of it. Rasco Marks, how did I miss him? At the top of the pyramid, there is Rasco Marks, king of the pyramid, and captain of the football team.

“Oh my!” he exclaimed with sarcasm, “Is the little baby alright? Maybe we should call his parents!” The crowd that had gathered around me laughed. They were the audience and I was the show. I kept quiet and began to stand up.

“Where are you going dyslexic boy?” he said as he walked up and pushed me back down to the floor.

“Let me go Rasco,” I said sternly, “Go back outside and play.” I hadn’t meant to say that! Everyone knows that you don’t mess with Rasco. It was just my panic attack that made me say that. “Rasco,” I stuttered, “I didn’t mean it. I’m sorry.”

“Who do you think you are, talking to me like that?” he screamed, “I think we need to show this one where his place is!” He gestured to his fellow jocks and they formed a wall beside him. Rasco cracked his knuckles as I defensively shielded my face. And then, it began; the pounding, the beating, and the pain. It hurt. I curled up in a ball as I took the blows. I couldn’t do anything. My body was weak and my arms didn’t want to move. They stayed in one place, still as night. All I could do was lie there and be beaten as I listened to the cheers of the crowd as they watched the show.

I whimpered as the nurse pressed ice packs to all of my wounds. Her name was Mrs. Aniston. I had gotten to know her on my many visits. She was always happy to help me, but she always felt sorry for me. She sadly cleaned the blood off my nose and put my arm in a temporary cast.

“You shouldn’t let them do this to you Sean,” she said miserably, “Tell someone. Tell the principal.” I smiled at her attempt to comfort me.

I sat quietly on my bed in the morning as I looked out the window. There were so many little children out there. I watched as they enjoyed life. I watched as they played on the swing-set with each other and rolled around in the grass. I wished I was that young again. I wished that I could have never gone to high school.

Those little children didn’t know what torture they were going to experience in the future. I pitied them. It was ironic because I’m sure if they knew what my life was like, they would be the ones pitying me… As I think about it, people should all pity me. I have no friends, no money, I’m bullied every single day, I have diseases, and I am “broken”! They should all pay. Rasco and his buddies should pay, but how?

How could I make them suffer as much if not more than I have? I wanted to hurt them so bad. I wanted to break them as they had me. I blankly stared at my father’s gun lying in the corner of my closet. No! What was I doing? What was I even considering doing? They had always hurt me. Why couldn’t I hurt them? I couldn’t control my impulsion. I wanted to hurt them. And so, I picked up the gun, hid it in my jacket, and began heading towards the school.

I sat quietly in Mr. Jefferson’s class. The gun felt like it was going to burn a hole in my jacket. I felt the sweat coming down my forehead. My heart was beating faster than usual. This time, the clock seemed like it was racing. I didn’t understand it. It’s like it wanted me to run out of time. I wanted to shout at it.

Why couldn’t it slow down? I needed time to consider what I was about to do! I glanced at Rasco sitting in front of me; just looking at him made me feel more confident. It made me understand why I had brought the gun. It made me understand why I had snuck it into the school through the back door. I had little time left. I thought of everything he’d done to me. I thought of all the times he’d bullied me! I thought of all the names I’d been called! I felt the gun burning through the inside of my jacket. I thought of how bad I felt every time I was insulted. And so, I shot. ~~ 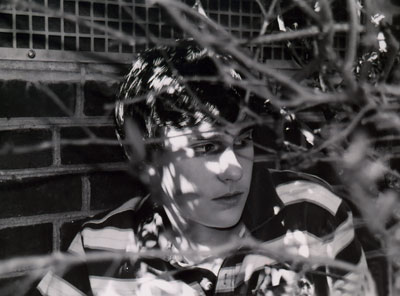 The author's comments:
This short story follows Sean, a 10th grader with a mental disorder, who is constantly picked on by the bullies at his school. He has been a victim for many years and is tired of it. This story is based off of a true story of a California student that shot his school bully.
Post a comment
Submit your own