Many enjoy role-playing games. Some like to stick to the “Call of Duty” ­series. But “Batman: Arkham City” adds shooting, fighting, and puzzle solving. It puts players in third-person perspective. Batman is many people's favorite superhero, so this really reaches fans.

The storyline: Batman has been thrown into Arkham City (a Mega prison), by the mad scientist Hugo Strange. Arkham City houses Gotham's super-villains. In comparison to the previous “Arkham Asylum,” this has a better setting and gives you Batman at his best. Even after you beat the game, there are side missions and riddles to explore.

The graphics are amazing! From cuts on his face and fights to the gunshot dents in his suit, it all looks real! The characters look real too. Another great addition is the side conversations of prisoners as you roam the city. Sometimes these help you. The creators added great detail.

You can choose to play as Catwoman, Nightwing, Robin, and even Batman Beyond (from the TV show of a few years ago). The villains are awesome too with almost every major one from Batman's life.

In my opinion, this really hits the mark. There are no glitches, and it will take more than 13 days to beat, so you get your money's worth. I give it 4 out of 5 stars. 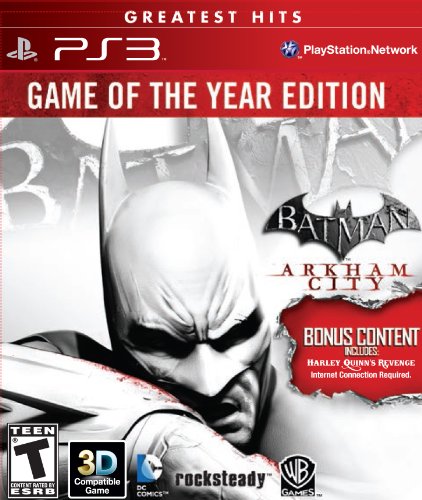 GuitarGirl547 said...
on Feb. 5 2014 at 3:04 pm
This game is awesome and it has so many more villians including Penguin, Two Face, Joker, Harley Quinn, The Mad Hatter, Bane, Zaasz, Hush, and Riddler.  I highly recommend this game to any Batman fans.
LawrenceK SILVER said...
on Mar. 4 2013 at 9:32 pm
LawrenceK SILVER, Brooklyn, New York
8 articles 0 photos 3 comments

Favorite Quote:
“Heroes are ordinary people who make themselves extraordinary.”

View profile
Actually, I really wasn't sure about the DLC. Would you recommend it?
LawrenceK SILVER said...
on Feb. 26 2013 at 6:44 pm
LawrenceK SILVER, Brooklyn, New York
8 articles 0 photos 3 comments

Favorite Quote:
“Heroes are ordinary people who make themselves extraordinary.”

View profile
I actually reviewed the same game here on Teen Ink and I absolutely agree! It's an extraordinary game.
wolverines PLATINUM said...
on Feb. 21 2013 at 4:06 pm
wolverines PLATINUM, Everett, Washington
40 articles 0 photos 3 comments
View profile
i loved this game so much because of the action and the awesome people that you could be