Favorite Quote:
"Whatever our souls are made of, his and mine are the same."
-Emily Bronte

"A shadow is the most loyal friend."
-Amanda Marcus

If you have an uptight student council president with a secret and an arrogant, mysterious heartthrob, what do you get?  Apparently, this series.  Based on the original manga series by Hiro Fujiwara (an 18 volume series written between 2005 and 2013), this comedic shojo (girl oriented) series is oddly entertaining.


The show follows Misaki Ayuzawa (the uptight student council president) as she tackles the task of reforming Seika High School, a school that up until recently had an all boy student body.  It also follows the mysterious school heartthrob (who drives Misaki crazy with his insensitive ways), Takumi Usui, as he takes a liking to Misaki after figuring out her “darkest” secret, that being that she works at a maid cafe after school to make ends meet.  As no shojo is without a bit of romantic drama, both characters start to develop an odd friendship and then move into something a bit more romantic… but not without a few bumps.


I personally found the show amusing and have several friends (none of which expected to even like something like it) who also found it enjoyable.  It is definitely an interesting show, although before watching it you have to consider if it might actually be something you are interested in as it isn’t for everyone.  If you are looking to buy the series, Amazon does sell it in both the dubbed and subtitled version (and for once, I would recommend the dubbed version), and if you are just looking for a good watch for free, YouTube has it as well. 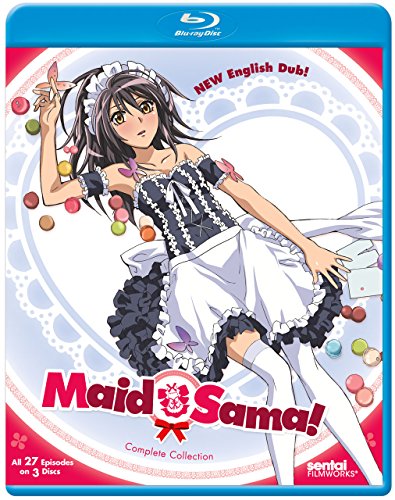