There are currently two leading singing programs on television. They are titled The Voice and American Idol. The Voice focuses on the concept of judging a singer based on their voice and not their overall appearance. However, American Idol focuses more on a singer’s “whole package” including their look, voice, and performance skills. Both popular programs are well known for their diversity and talent, but people tend to prefer one to the other. It all depends on your perspective, opinion, and what you look for in a good television program and singer.

The singing sensation television program The Voice is currently in the middle of their eighth season. This show explores a very unique and innovative concept that has not been done on any television program before. During the auditions, the four celebrity judges are turned with the back of their chairs facing the contestant. This allows for a singer to not be judged based on their looks, but their talents. When the judge likes what they hear, they push a button turning their chair around and signaling the contestant’s advancement in the competition.

In total, there are four teams. Each of these teams is led and mentored by a celebrity judge in the music industry. Every year the country star Blake Shelton and pop rock icon Adam Levine have taken part on the show and led his or her own team. However, the other two judges either rotate in and out or make a one-season appearance, such as Christina Aguilera, Cee Lo Green, Shakira, Usher, Gwen Stefani, and Pharrell Williams.

The Voice is currently televising its eighth season. “With every season of this show, the talent gets better and better,” says mentor Adam Levine. “This season’s talent is particularly spectacular.” The Voice’s talent coupled with its ratings and awards make it a great program to watch.

The popular singing competition is broken into four main components. The first of these are the blind auditions. This when the judges’ chairs are turned away from the singer so that they can only judge them based on the sound of their voice and no other criteria. The second component consists of the Round 1 Battles. This is when a judge pits two singers from their team that have similar characteristics and sound against each other. The objective is to prove which of the two is better. The loser is eliminated from the entire competition unless one of the other mentors uses one of their two steals to place them on their team. The “steal” is a limited ability that the judges can access during the battle rounds of the competition to place a defeated singer from one of the other judges’ battles on their team. After the first round of battles, there is either a second round of battles or a wave of knockouts. Both are to make sure that the singers who are still in the competition possess skill and most importantly consistency. The difference between the two is that the battles are performed simultaneously while the knockouts are performed individually. However, in both, two singers from the same team compete against each other to advance. During this stage in the competition, each judge is allowed one save. After the preliminary rounds are concluded, the victorious competitors enter the live rounds. The live rounds are comprised of several weeks that truly test the artists’ abilities as an individual singer. There can only be one winner, and one by one each singer and each team is eliminated until only one performer and one mentor are left standing.

As opposed to The Voice, American Idol has a relatively basic structure. As with all programs in the competition category, it starts with auditions all over the country. The small percentage of selected singers is then transported to Hollywood to once again prove their skills. From this point on, the number of singers is slowly cut one by one until a winner is chosen.

The original well-known panel on American Idol consisted of Randy Jackson, Paula Abdul, and Simon Cowell. It was viewed as a nice balance ranging from kind Paula to harsh Simon with calm, cool, and collected Randy as a nice medium. However, through the years the original judges were replaced with other music industry icons, such as Steven Tyler, Nicki Minaj, and the current panel of Keith Urban, Jennifer Lopez, and Harry Connick, Jr. Each judge brought something different to the program, making the show diverse enough to attract huge audiences from all different social groups.

Both The Voice and American Idol demonstrate a different perspective on how to select a talented singer and subsequently launch their career. If you prefer a show that showcases a singer’s voice above all else, as well as has a more complicated structure, then The Voice is more geared towards you. On the other hand, if you prefer a show that focuses on all components of a fantastic singer and a less complex structure, then American Idol is for you. However, these shows are televised on different nights, so why choose one? 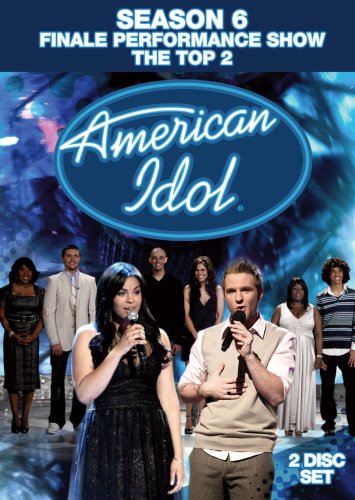