What can transform a teen from an unknown freshman to the most talked about girl in school? Try a mistaken suicide attempt, a revealing blog, and drama with two of the school's most popular boys. If you think your life is rough, turn on MTV and watch these marvelous misadventures.

“Awkward” is the appropriately titled show focused on today's teens. Taking place in Palos Verdes, California, the story follows the characters from school to home to a party with a jacuzzi that gives the attendees pink eye. The plot is highly relatable, with characters making spontaneous decisions, much like real teens do.

Jenna Hamilton (Ashley Rickards) is at summer camp, hoping to make the sensuous Matty McKibben (Beau Mirchoff) her boyfriend. But her victory in love is corrupted when she returns to school. Jenna receives an anonymous “carefrontation letter” pointing out her flaws and becomes known for a mistaken suicide attempt.

Beyond the hurtful letter and the embarrassment of attending school with a neck brace and cast, Jenna's love life is in turmoil. After Matty ignores her, Jake Rosati (Brett Davern), the smart class president, comes into the picture. Jenna is tossed between the two relationships, leaving her romantically befuddled. What's worse is that Jake and Matty are best friends, and the love triangle interferes with their friendship.

Jenna represents the average teenager – not the beauty queen or nerd, but the girl who can't always decide on things. Matty and Jake are both popular, but Jake has an easier time expressing his feelings than Matty. Both mean well, but Matty comes off as arrogant and Jake as sweet. The plot is constantly moving, and the individual subplots surrounding Jenna's ultimate decision (Team Matty or Team Jake?) always hold the viewer's attention.

Jenna doesn't endure the hardships of high school alone. The supporting cast is outstanding, and they contribute to the “it” factor of the show. The spunky Tamara (Jillian Rose Reed) is Jenna's faithful friend who gives advice when she has boyfriend problems. She comes up with funny catch phrases such as “big fail Mary” and “shame spiral.” Ming (Jessica Lu), Jenna's other friend, is caring and tries to help, though she can't hang out as often because of strict parents. When she does, though, she parties hard, including getting drunk. Sadie Saxton (Molly Tarlov) is the school's insecure mean girl who will take every opportunity to insult Jenna. She is delightfully rude with her sarcastic tagline when she tells you the brutal truth: “You're welcome.”

The adults have somewhat unrealistic personalities, but that adds to the humor. Jenna's mom, Lacey (Nikki Deloach), acts more like a friend than a parent. She often confuses Jenna with her own marital problems. But underneath her desire for material possessions, she truly cares for her only daughter. Perhaps the zaniest character of all is Val (Desi Lydic), the guidance counselor, who shells out her own problems during sessions with Jenna.

The witty, cleverly written script not only depicts realistic situations, but mirrors viewers' lives, too. The narration makes the show unique. The audience doesn't simply watch the show; they live it. If Jenna gets a snotty remark thrown at her by Sadie, she'll pause for a moment of inner commentary, complete with thoughtful facial expressions. Her reasoning is revealed, and that makes it feel as if you're Jenna's best friend too. In addition, she writes her feelings in a blog and uses social networks to confirm that she is “in a relationship” at one point.

The story holds a message: be yourself and do what you feel is right. The show captures the element of being a teenage girl while still appealing to viewers of both genders.

“Awkward” will leave you feeling sorry for Jenna but at the same time laughing because something similar may have happened to you last week. Catching the basic elements of teenagers, the strong characters and dialogue of “Awkward” will have you chuckling, and at the same time, you'll feel like your heart is breaking. 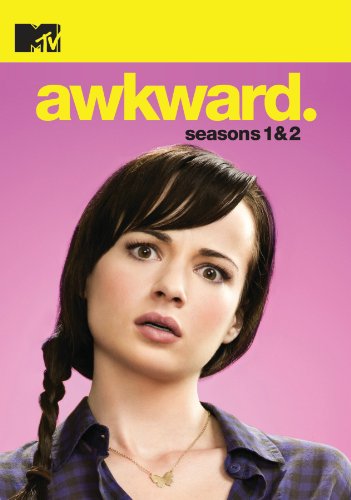 Favorite Quote:
Hi c: I'm just some girl in some place. I love writing, and reading, and my friends.

View profile
that was beautiful c':