What would you do if you found out you were supposed to live a whole different life, have a new family, and experience things that you weren’t used to? That’s what Bay Kennish (Vanessa Marano), and Daphne Vasquez (Katie Leclerc) go through on ABC Family’s new hit series, Switched at Birth. With their two totally different lives, Bay and Daphne are faced with the extremely difficult challenge of realizing who they truly are. Created by Lizzy Weiss, this phenomenal television show is full of drama, suspense, and yet humor and warmth.

Bay Kennish is a wealthy teenager who lives in a high society neighborhood with her mother, father, and brother. Her parents, John Kennish (D.W. Moffett), and Kathryn Kennish (Lea Thompson) are two wealthy, working parents. Toby Kennish (Lucas Grabeel), is Bay’s younger sibling. On the other hand, Daphne Vasquez is a lower-class teenager who is hearing impaired due to a fatal illness. She lives with her mother, Regina Vasquez (Constance Marie). Bay and Daphne find out that they were switched at birth, meaning they were supposed to be living each other’s lives.

D.W. Moffett (who plays John Kennish), said, “I think the reason this show is so relatable is because it’s really truthful. I think this type of series is a classic setup where you get to imagine what your life would be like in someone else’s shoes,” according to www.metacafe.com. I totally agree with what D.W. Moffett said. Switched at Birth is a television drama, unlike many others of its kind. Many television broadcasts are predictable. It’s easy to infer what will happen, and the characters are not easy to connect to. However, in Switched at Birth, the characters are fairly easy to relate to. Each character has a sort of warmth to his/her self, which creates a true bond between the viewer and character.

Switched at Birth has many conflicts that are presented throughout each episode that premier. In a few episodes, Bay starts to form a bond with one of Daphne’s friends. This creates some tension between many of the characters, including their parents. In another episode, Bay and Daphne argue over what their lives would have been like if the switch had never occurred.

If you’re looking for a television show with a riveting plot, and great acting, you should definitely watch Switched at Birth. It has become a favorite show for me and many others. Once you see Switched at Birth, you will most likely get hooked immediately! 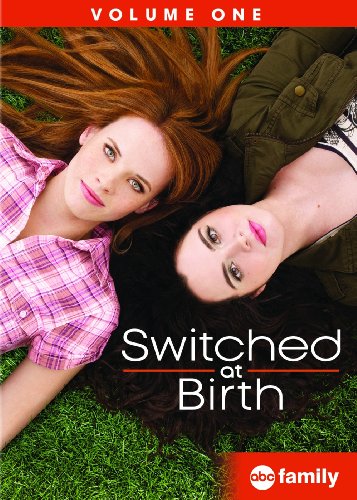 View profile
Great review! I absolutely love this show and I cannot wait until it reairs in January. I agree that something about the show is very relateable and you can't help but love the characters.
Alexa13 GOLD said...
on Nov. 4 2011 at 9:10 pm
Alexa13 GOLD, Brooklyn, New York
10 articles 0 photos 9 comments
View profile
Thank you! It really means a lot!
kaylarocks SILVER said...
on Nov. 4 2011 at 7:48 pm
kaylarocks SILVER, AURORA, Colorado
9 articles 0 photos 33 comments

Favorite Quote:
"The more you take responsibility for your past and present, the more you are able to create the future you seek." - Author Unknown