Vessel by twenty one pilots

You have most likely heard of the band, twenty one pilots (if not, you should definitely check them out), but what you probably do not know about them is that their songs have a lot of meaning hidden behind the upbeat piano and ukulele music. Besides being just plain good, the band creates music that gives people purpose when they feel like no one understands them. The duo from Ohio, Tyler Joseph and Josh Dun, uses Christian themes to bring awareness to issues, like mental health, that are not commonly talked about. Their album, Vessel, released in 2013, specifically highlights these issues.
Twenty one pilots creates music that bring awareness to a serious problem that not a lot of people know a lot about: mental illness. In the song, “Migraine,” Joseph clearly explains feeling alone in the struggle of dealing with depression. The chorus, “Am I the only one I know, waging my wars behind my face and above my throat?” shows that he feels like no one around him knows what it is like to battle with your own thoughts. Also, throughout the song, “Guns for Hands,” Joseph sings about suicide and how much it affects the people around you. He explains that his listeners, “all have guns, and [they] never put the safety on.” By this he means that the people listening are going through a hard time and, as a result, feel that life is not worth living. He then encourages his fans by saying, “don’t take it,” referring to their lives. The band lets their listeners know that they are not alone and that they should never feel like they are.
The band takes their music a step further by encouraging fans to turn these haunting thoughts into something amazing: art. In the song “Kitchen Sink,” from an earlier album, Joseph tells his listeners, “write something, yeah it might be worthless... paint something then, it might be wordless.” By being creative, he tells his fans that they will “see purpose start to surface.” Fans of twenty one pilots are constantly creating fan art and posting covers of the songs that helped them get through their hardships. This is just another aspect on the list of characteristics that make twenty one pilots such a unique and encouraging band.
Aside from having an amazing message, the band creates music that is unlike anything you have ever heard. Their songs incorporate many different genres of music such as rap, alternative, and a little bit of rock. Also, each song has a different mood. Songs like “House of Gold” and “Fake you out” are upbeat and fun songs, despite their heavy lyrics. On the other hand, songs like “Truce” and “Trees” have a more calm tone. The band is constantly trying to create something new that their fans will enjoy.
Mental illness is a serious issue that not a lot of people know what it is like to experience. one in ten people, however, are affected by this issue, so it is very important that twenty one pilots is bringing so much awareness to it. Along with acknowledging depression, Joseph uses his lyrics to remind people who are struggling with it to, “stay alive. It’s worth it, I promise”. 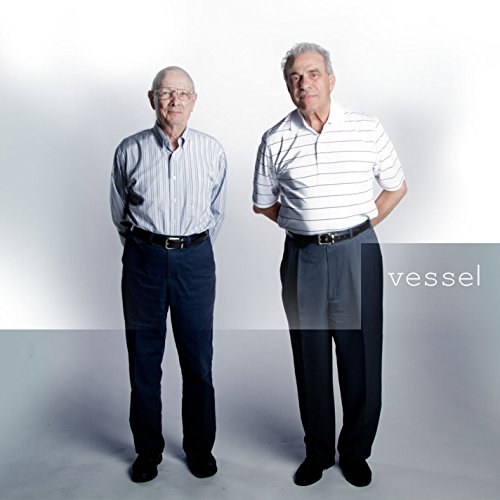