Relient K: The Bird and the Bee Sides | Teen Ink

Relient K: The Bird and the Bee Sides

The Bird and the Bee Sides, released in July 2008, is Relient K’s latest EP (it’s technically a double EP) containing a total of 26 songs. It’s a personal favorite, but you be the judge. Here’s the some highlights from this great album:
Track 1: “Where Do I Go From Here”: The track starts off with about 10 seconds of banjo and acoustic guitar but quickly moves into drums and electric guitar. An upbeat song, the song’s music and lyrics make it something to consider putting on your next road trip mix. Great lyric: “Needing to know I’m not alone even though I can’t feel a thing”.
Track 2: “The Scene and Herd”: This song has more of an edge than the previous, and as lyrics that aren’t necessarily as straight-forward, but give the general message of not wanting to take a certain path in life. Great lyric: “The scene and herd block out the sun like a flock of birds”.
Track 3: “At Least We Made It This Far”: The most popular song on the album (based off iTunes charts), it’s a great, positive but sad, acoustic song. One of my favorites. Great lyric: “You have given me a heart attack you’ll never know what it’s like to face the fact you might let go”.
Track 5: “The Lining is Silver”: I love, love, love, this song. It’s so positive and gives me a great feeling. I have no idea what the verses are supposed to mean, but the chorus is amazing. Sometimes, this is just what you need to hear. Great lyric: “Isn’t it nice to know that the lining is silver? Isn’t it nice to know that we’re golden?”
Track 6: “There Was No Thief”: If this song sounds familiar, it’s because you’ve heard it on Relient K’s previous Apathetic EP. It’s still its own song, though, with different opening lyrics and a different feel to it. Such a sad, but heartfelt, song. Great lyric: “For a time I thought there was a thief among us. I though I’d track him down but prior to my pursuit, the smoke had cleared and to my disbelief, there was no thief ‘cause it was me that lost you”.
Track 8: “Curl Up and Die”: As the title suggests, it’s a sad song. Nevertheless, it’s a wonderful song about heartbreak and wronging the ones you love. Great song: “I feel fine, but I know the same does not apply to you. I know the same does not apply to you, so I guess that I’ll curl up and die, too”.
Track 10: “There Was Another Time in My Life”: Yet another slow song, it still manages a certain air of cheerfulness. Great lyric: “I have emerged unscathed because I know you”.
Track 14: “Up and Up (Acoustic)”: This is a great acoustic version of the song you’ve come to know and love from Relient K’s Five Score and Seven Years Ago album. Great lyric: I’m just trying to be a better version of me for you”.
Track 22: “Who I Am Hates Who I’ve Been (Acoustic)”: Another great acoustic version of a great song. The song feels so much more personal this time around. Great lyric: “I was confident that unless I got myself together I would watch me fall apart”.
Track 26: “Hope for Every Fallen Man (Acoustic)”: I admit that I haven’t heard the original version of this song, but the acoustic is amazing. The lyrics are so real and the accompanying music is fabulous. A great tale of hurt and forgiveness. Great lyric: “As you push it up from the soil I will shake your filthy hand. You may be dead to me but that don’t mean we can’t be friends”. 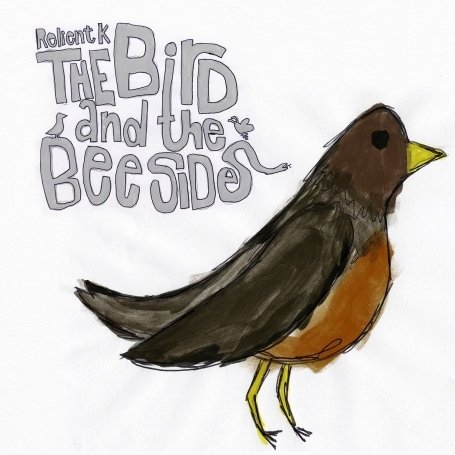