Taylor Swift knows how to have fun. Her recent Red Tour concert was more of a party than an exhibition of musical excellence. Once fireworks, a flying platform, twenty-odd “backup” dancers, and over a dozen costume changes were piled on top of the playlist, it was hard to remember that the music was supposedly the reason everyone was there.

In contrast to Ed Sheeran, her one-man opening act, Swift was rarely alone onstage. Sometimes the acting complemented the music perfectly. For instance, during “The Lucky One,” a song about a starlet who is exposed by the media and forgotten by her once-­adoring public, a coterie of men in 1960s-era suits crowd first Swift and then a couple of other young, bejeweled women, snapping pictures incessantly. By the middle of the song, so much action surrounds the other women that it was hard to keep watching Swift – which proved the song's point about how quickly the public shifts its attention.

The dancers' modern ­costumes and moves during “22,” Swift's song about letting go and having fun, seemed like an equally natural fit to that lyrics. But other times during the concert, the action made less sense.

During what is arguably Swift's least musical recent release, “We Are Never Getting Back Together,” a horde of dancers in ludicrous red-and-white suits swarmed the stage, some riding unicycles. Poor staging in one of the concert's few older songs, “Love Story,” left Swift standing awkwardly in her dance partner's arms for almost a full verse as he stared dreamily into the distance.

Once noted for her off-key live singing, this time Swift did her music proud, though she never seemed to be fully in command of it. Even in the more intimate numbers, the instrumental accompaniment continued after she took her fingers from the piano keys or guitar strings. But Swift cut an impressive figure leaning back at her glossy red piano and belting out the lyrics to “All Too Well,” and it was hard not to be charmed when she perched delicately on a stool to strum out “Sad Beautiful Tragic.”

Swift, at 24, already has years as a professional performer behind her, and she seemed constantly aware of her audience. The concert was not just a party for her and her dancers; from the moment she stepped onstage, it was clear that everyone was invited. She talked to the audience throughout, frequently coming across as too scripted but never losing her way with words.

As much as Swift has changed her style recently, her skill as a lyricist hasn't diminished, and neither has her entertainment value. Go out and see her. It's a party. 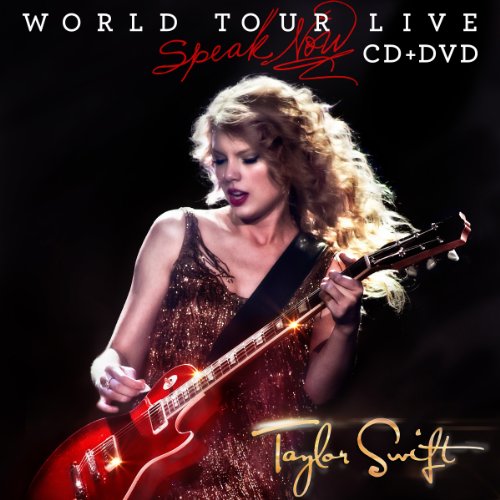