Babel by Mumford and Sons MAG

The hype is right. Mumford and Sons' latest album, “Babel,” is everything that's been said about it and more. The lyrics are deep, complex, refreshing, and perfectly complemented by the syncopated melodies and swelling harmonies that carry them. The ­instrumentalists outdo themselves; if the singing were not as captivating as it is, the fiddle, guitar, banjo, and cello would steal the show. The album plays like a “best of” disk.

The band is unquestionably in possession of a lyrical gift. Anyone who writes, “Press my nose up to the glass around your heart” (from the title track) or “This cup of yours tastes holy, but a brush with the devil can clear your mind and strengthen your spine” (from “Whispers in the Dark”) has a way with words and the element of surprise.

Sadly, the inspiration falters occasionally. The most obvious example is “Lover of the Light,” when the chorus rhymes “hold” with “gold” and then with “hold” again. However, such slips are rare.

Even the non-religious will find something to appreciate in hopeful lines such as “You forgave, and I won't forget” (from “I Will Wait”) and raging damnations like “In this twilight, how dare you speak of grace?” (from “Broken Crown”). These semi-spiritual references to forgiveness and grace tap into deep human needs.

However, Mumford and Sons' theology goes further: the singer implores, “Lord, ­forget all of my sins” (from “Lover's Eyes”), and even once declares, “I set out to serve the Lord” (“Lover of the Light”). A religiously educated listener will recognize the album's title as a Biblical reference to a tower whose construction God permanently disrupted because human pride was getting out of control. The religion is light-handed enough to go unnoticed for casual rounds of listening but ultimately lends conviction, depth, and sincerity to an album that gives serious treatment to topics of pride, human frailty, and redemption.

Musically, the album is a masterpiece. The melodies are catchy with enough syncopation to keep the music interesting without stranding the casual singer-along. The singers harmonize flawlessly on-pitch without overshadowing the songs' melodic focus. The dynamics are richly varied; multiple songs start quietly, and it's a surprise which will remain quiet and which will explode into a passionate subito forte.

The vocal technique varies with the tone of the song, at times pure singing and at times a scratchy, furious growl. Beneath it all – and thankfully sometimes featured on its own – is a collection of strings that is equally adept at plucking out a pensive backdrop and pounding through a solo that will leave your heart galloping.

“Babel” is a tour of the landscape of human emotion. The tones range from the furious self-condemnation of “Broken Crown” to the grim determination of “Babel” and the triumphant hope of “I Will Wait.” There's a song for every kind of day and mood – but that's just one of the many reasons to listen to this album. 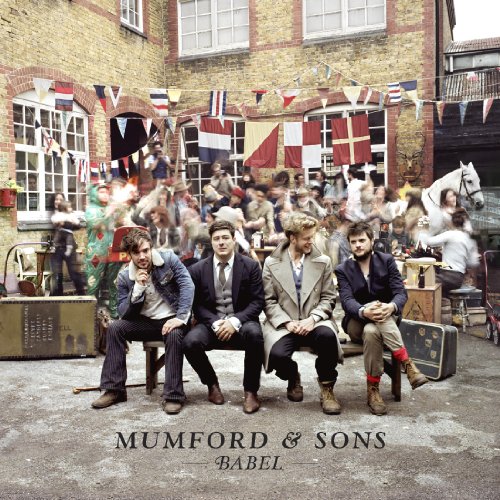 Favorite Quote:
'The really important people in life have a way of coming back to you'
'Good enough isn't good enough'
'You don't have to be sick to get better'
'Come what may and love it'

View profile
This is one of my all time favorite albums from one of my favorite artists. I agree completely with you!