Flowers For My Father by Sadistik | Teen Ink

Flowers For My Father by Sadistik MAG

Favorite Quote:
NEXT TIME WE EAT A BLOOD CLOT

O n paper, it would be easy to write off Sadistik as another one of those pretentious “spiritual lyrical miracle” type rappers. Features from several indie pop artists, multisyllabic rhyme schemes with a lot of big words, a rapping style that seems to take more influence from poetry instead of other rappers (he even samples a poem by Czeslaw Milosz in one song) – he's the kind of rapper a lot of people probably don't really want to like.

All that aside, though, there's one thing that no one can deny about this Seattle native: he puts his heart and soul into his songs. The emotion displayed in these tracks is incredible. Sadistik's second LP, “Flowers for My Father,” certainly doesn't put style over substance. In fact, he has both in abundance.

From the first track, “Petrichor,” the listener is given a perfect example of his style. He's got a gift for rhyming and drops lyrical thought-provokers such as “It's an arcane parlay, but hearts aren't really heart-shaped, are they?” This track ends with a spoken-word outro that ties together the themes of the album: depression, desperation, and hope. The mood is perfectly set, and now listeners know what they're in for.

With tracks that deal with drug addiction, mental breakdowns, and – as Sadistik puts it in the song “The Beast” – “feeling ugly,” this album is not exactly an easy listen. But it's more than worth it to see all the pictures painted in its lyrics and the accompanying feelings.

The emotional nature of the album may be off-putting to some, especially since you can easily hear the distress in Sadistik's voice. Similar to Kendrick Lamar's voice cracking, Sadistik has a choked-up intensity that occasionally comes off as whiny. Usually this is done on purpose to stress certain syllables. It's something the listener will either get past or won't, but it shouldn't be too much of an issue if one is really listening and focusing on the music rather than Sadistik's rap. It's not a background noise type of album, though the beats do lend themselves to that.

All in all, “Flowers for My Father” is an emotional trip. Sadistik has created a style of his own, and he's demonstrated with this album that he can hold his own in the hip-hop world – not only as an alternative rapper, but as an MC in general. No one flows or rhymes the way Sadistik does, and hopefully he will soon get the attention he deserves. 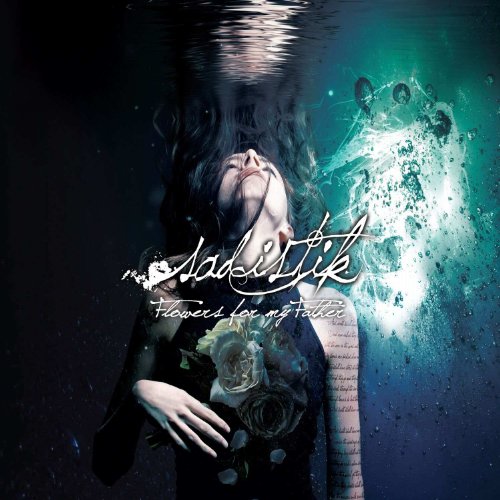 
Buy from Amazon
The author's comments:
Trying to get back into reviewing and this is my album of 2013 so far. Enjoy!
Post a comment
Submit your own