Favorite Quote:
Everything is dangerous, my dear fellow. If it wasn’t so, life wouldn’t be worth living.

Some artists are like poignant downpours. They construct the music that plays at our most pivotal moments, when the seasons change and people walk out of our lives. These musicians are gifted beyond the textbook definition; they may not be virtuosos of their instruments, but they go further – they understand music and its relation to the human soul. Sigur Rós is one of those bands.

The Icelandic quartet caught the attention of the music world in 1999 with their third album “Ágætis byrjun,” translated as “an all right start.” Critics gave it widespread acclaim, and it was named to numerous “best of” lists. This breakthrough was followed by a handful of albums, each unique and foreign to American audiences including 2002's “(),” sung entirely in a gibberish language created by the band. Listeners are encouraged to decipher the meaning, and write their translations in the blank CD booklet.

This year marked Sigur Rós's highly anticipated sixth studio album, “Valtari.” It had been four years since their last offering, and listeners were eager to hear what the mysterious four had been working on. Fans' anticipation climbed following bassist Georg Holm's remarks that “it's the only Sigur Rós record I have listened to for pleasure after we've finished it.” And after hearing it, I can't help but agree.

This record bleeds unconventional optimism. Beneath the band's calling card of haunting music cascading with gentle sadness, there is light. It's subtle, but unmistakable. It mirrors life itself; there is no denying the pure beauty as well as the darkness in this world. On the title track, a ghostly melody plays over impressionist echos and winds, as if “Valtari” is the Earth's lullaby.

On “Varúð,” piano chords ­repeat beneath soaring vocals, singing a language most listeners do not understand, but simply feel. It sinks into your skin, around your heart, through your brain.

The album is storytelling with music, and what magnificent raconteurs they are. Eight tracks, between five and nine minutes each, carve their own path to some of the most scintillating sounds possible. In the silent moments after the closing track, “Fjögur píanó” (four pianos), it's as if the Earth has stopped rotating, giving the listener a brief sliver of time to truly realize the beauty of the world. 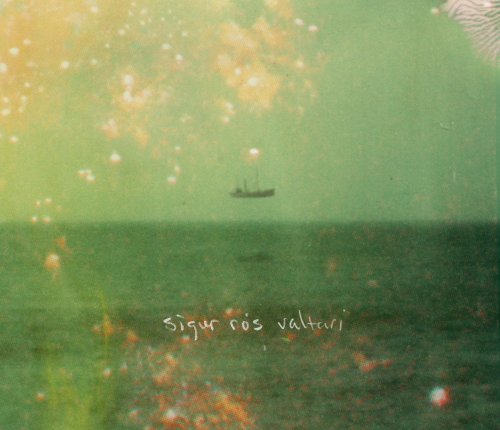