Suck It And See by Arctic Monkeys | Teen Ink

Suck It And See by Arctic Monkeys

In five short years, the Arctic Monkeys have somehow managed to revolutionize the face of British punk, rock, and even pop. With their poetic lyrics, catchy melodies, and the soothing sound of Alex Turner's voice, Arctic Monkeys will go down as one of the best bands of our generation. Since their debut in 2006, which is now hailed as a modern classic, Arctic Monkeys are showing no signs of slowing down.

Suck It And See, the follow up to 2009's much more mellow and mature Humbug, is the former album's crazy cousin. Boasting a 1960's pop feel, mix it in with a little 1980's rock, and you're starting to get the feel of what this album might sound like. With each record, Arctic Monkeys are becoming more and more diverse in the genres that they tackle. It was just four years ago that British Grime rapper Dizzee Rascal was making an appearance on one of their B-Sides. Two years later, they slowed it down with songs of heartbreak and forgiveness. But now, they're back and as retro as ever. Suck It And See is just more proof that Alex Turner is a forever growing musician, and a force to be reckoned with. 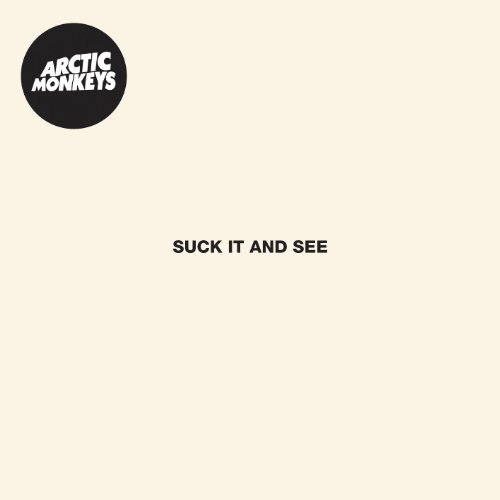