Favorite Quote:
"It took me quite a long time to develop a voice, and now that I have it, I am not going to be silent." -Madeline Albright

“We need to say, with one voice, that transgender people are valued, they are loved, they are us, they desire to be treated fairly and equally.” -Anonymous. According to a January 2014 report by the Williams Institute and the American Foundation for Suicide Prevention, 57% of transgender teens in America have experienced some level of rejection by their families. Their own families. I think “3 Generations” has a good representation of the good and bad sides of rejection.
**Quick Disclaimer, this article was not written by a transgender person, therefore should not be taken from that point of view.
First, let me give a quick overview so nobody is lost. Ray is an average teen boy, except, he’s transgender. Everybody in his family kind of expected it. From the moment he could voice his opinion, he told his mom no to dresses or anything deemed “girly”. In the beginning of this movie, Ray doesn’t have a father figure in his life. As Ray says “I was raised in New York by my mom, my mom’s mom, and my mom’s mom’s girlfriend.” He has never even had a male living with him; therefore, it’s hard for him to be accepted in his own home. His family isn’t exactly accustomed to men.
That brings me to my first point, acceptance. Ray’s mom is definitely the most accepting of him. She just wants the best for him and understands that this plan is what he wants. She has concerns, as any mother would. For the most part, she’s accepting. Ray’s grandmother or Dodo is a completely different story. Her main point is, “Why can’t she just be a lesbian? … But she’s a person who likes girls. That could be a boy or a lesbian, and she’s still getting her period, so I vote lesbian.” She doesn’t understand how he feels. It’s hard enough to come out to family, so it’s extremely stressful to not be accepted afterwards.  I think there’s kind of a stigma around transgender people. I feel like a lot of people think that maybe they just want to change so they’re not gay. That’s not the case. Numerous people change from boy to girl, or girl to boy and still like the same gender. People just don’t understand that others might just not feel comfortable as the gender they were assigned with at birth. “3 Generations” really shows how that stigma can be erased.
Ray clearly needs acceptance to be himself. Just like every other transgender person out there. I think Ray also feels that in order to become himself, he needs a girl. Which is simply not true. Nobody needs a partner to be themselves. In fact, sometimes it’s best not to have a partner. Something that makes Ray himself is his videos. Ray loves to take videos and interviews. That’s something I personally connected with, and I feel tons of other teenagers or even adults can connect with this as well. Now that I talked about the deeper things, I’m going to move on to more superficial things.
On to my next point, cinematography. This is absolutely my favorite component in this movie. Ray’s videos give an inside look into his brain. Which is something that doesn’t happen in normal movies. From that perspective, it’s way easier to understand the movie. It’s easier to understand how he feels, what he thinks about, and a lot more. That comes just from watching a few clips of videos that he makes. Another thing that’s super cool about the cinematography is the shots that they get. There’s some of the streets, or the skate park. There’s even some on a rooftop, it’s extremely neat. My personal favorite shots that they get are the shots of Ray skateboarding. With that being said, every movie still has its weak points.
Last is the two problems I have with this movie. The transgender male, Ray, in this movie is played by a female. Why wouldn’t they play a transgender male as the transgender male? I simply don’t know; it seems like common sense to me. In every other movie, if there is a female, it’s played by a female. If there is a male, it’s played by a male. I think this movie could have been better made if it represented transgender teens starring in movies. Also, this movie was produced by the Weinstein Company. For those who don’t know, Harvey Weinstein was accused of multiple accounts of sexual harassment. The Weinstein Company fired him this year, but this movie was produced a few years ago. Those are the only problems that I could find with this movie.
Now, in the end, this was one of my favorite movies I’ve ever watched. It shows that everybody deserves to be loved, not rejected. Think of those 57% and remember to accept them, because they don’t have much right now. This movie has made a positive impact on my life, mainly because I think about how or who I judge before I do. Overall “3 Generations” is an inspirational, but emotional movie for everybody to watch. I personally recommend it to everyone. On Rotten Tomatoes, this movie got a 32%. In my books, it gets 5 stars. 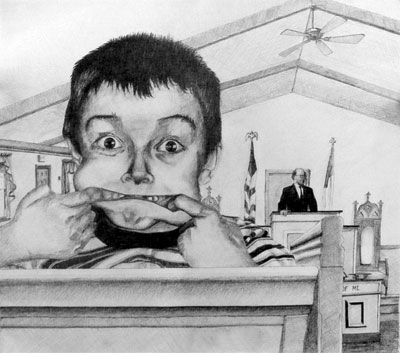