What would you do if you were tricked into going to a foreign galaxy in search for a planet that can inhabit life, but you end up getting stuck in that galaxy little knowing that time slows down. This is what happens in the movie Interstellar. Interstellar  is a movie full of action, adventure, and mystery. Some main points that make the movie interesting are the suspense that makes you sit at the edge of your seat, the breathtaking editing and acting, and also the interesting different settings.

The most important part that makes the movie good is the suspense. To me suspense is a huge part of a movie it is my favorite feature because, it interests me It makes me want to find out what is going on and to me a movie without some kind of suspense or plot would just be boring. Interstellar luckily is full of suspense the main example is the whole entire plot of the movie. The movie starts off in a small rural town in New York, it is in the 2070s and the U.S is in another economic crisis. From there it focus on a family who don’t have a lot of money or food, the father Joe cooper who is the protagonist owns a small farm, but growing crops is almost impossible. because there is a worldwide blight that threatens humanity. One night  The daughter Murphy starts hears strange knocking noises behind her book shelf. One day the bookshelf is hit so hard dust comes off, and when it lands it leaves numbers which are coordinates that lead to an unknown location. there is a lot of suspense in this scene that kept my eyes glued to the screen wanting to find out what happens next and where the coordinates lead. That is the biggest example of suspense that also leads to how the movie shapes up. After that the suspense keeps building up. From that part the coordinates lead to a secret NASA base who want Joe to go on a mission to find a habitable planet. At this point the movie  officially had me hooked, I was curious to find out what mysteries would lie ahead. So to me the suspense was the most important part of the movie, and is something I am a huge fan of in movies.

The second point that really made the movie good was the outstanding acting, and the breathtaking editing. This movie was 165 million dollars to make so you could expect some well known actors. The main character “Joe Cooper” is played by Matthew McConaughey. I believe that he is a amazing actor who fits the role perfectly. The second most important character is played by Anne Hathaway Dr. Amelia Brand, she accompanies Joe on the mission. She is a high paid actress who is very good at her job and also does a great job as the role of Dr.Amelia Brand. This movie is also directed by Steven Spielberg, a popular film director who makes outstanding films. The acting in this movie is extremely good, but the editing is better. The editing in this film is the best I have ever seen, it is easy to tell that a ton of money and time was put into it. Everything is extremely detailed and clean, it doesn’t look fake in the slightest bit. The film company who created the effects is Double Negative, they also added effects to the movie “Inception.” To me the editing and acting in the movie was the best I have ever seen, that is one of the main reasons it is my favorite movie.

The final last main point is the setting.The beginning setting is cool how it starts off in a small farm town in the future and changes from there. Before you know it they are in outer space traveling through wormholes. this part was interesting to me because I am very interested in outer space. So from there they end up in a different galaxy where NASA wanted them to be. The first planet they stop at is completely full of water, and there is no sign of the team that was supposed to be there. after a while they notice something. A gigantic wall of water heading their way. The team needs to hurry back to their ship before the get crushed. They leave just in time but lose one crew member. When they get back to the main ship something isn’t right, the captain aged a ton. It turns out they had been on a planet where time slows down, it had been 23 years. In shock they travel to a different planet. When they get there they find the NASA station, but there is only one man there . The man and Joe go exploring, but Joe is completely unaware the the man had gone rogue and plans to kill him. After a fight where Joe almost dies, he is saved by his team a the last minute. And finally the movie ends on one of Saturn’s moons where humanity has settled and Joe who is still in his 40s finally sees his daughter who is near death. The setting was the last main point that I liked, because It defines a movie and makes it different.

So from suspense and amazing acting to a entertaining setting Interstellar is a movie. These are only three main points appealed to me there are many more features in the movie, but you will have to watch and see what you think. To me it was the best movie I have ever seen. So now ask yourself what would you do. 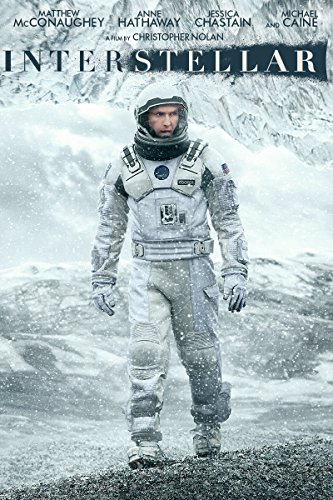