Favorite Quote:
"May the Force be with You" -Star Wars

For many years now, actions films have evolved and since broken normal action tropes and traditions that usually followed the action genre. What hasn’t change is the over-abundance of CGI in said action films. 2015’s “Mad Max: Fury Road” offers to be the next groundbreaker of the decade with all practical effects and minimal CGI. With a recorded 98% or RottenTomatoes.com, it has to be a great movie, right…right?


“Mad Max: Fury Road” is directed by previous “Mad Max” director George Miller and stars The Dark Knight Rises’ Tom Hardy as the “protagonist” Max Rockatansky. The story revolves around an escort mission helmed by Imperator Furiosa (Charlize Theron) as she has to dodge multiple crazy worshippers of Immortan Joe (Hugh Keays-Byrne) while also coming across Max. Now Max and Furiosa have to take a few of Immortan’s prisoners away so that they can be free while partaking in the subsequent carnage.


To be fair, there are positives of the movie. The action is phenomenal, without a shadow of a doubt. “Fury Road” boasts some of the most high-octane action sequences of the year, partly because all the stunts and explosions were actual explosions and cars flipping over. There are just some scenes that leave you feeling wiped out, like you have to take nap afterwards. The action in “Fury Road” was definitely the highlight of the film. It was crisp and exciting, with some of the craziest set pieces of the year, culminating with giant tankers and guitars shooting fire. Charlize Theron was also really great as Furiosa-a gun-toting, one-armed mistress of drifts and deaths.


Unfortunately, despite all the mayhem and awesome eye-candy, there’s little much left in “Fury Road.” Tom Hardy does a passable job as Max, but only because he was overshadowed by Charlize Theron as Imperator Furiosa, who was the scene stealer. Nicholas Hoult was also very underdeveloped, as well as the prisoners of the story. The story is fairly basic, as well. It is essentially a road trip with a bad case of ‘booms.”  It offers nothing in terms of engagement, to the point where there is nothing that’s really worth remembering about the film besides the carnage. Another glaring problem is the movie’s subtlety, or lack thereof. The message in the movie has a very “feminist” vibe, and it would have been great if the movie didn’t try to shove it in my face. If the story was engaging and more developed, maybe it wouldn’t have been so straining and annoying. I have very few problems with feminism, but the feminist undertones were so out there that they took me out the movie, legitimately. It also got me thinking about another aspect of the movie, which leads to my biggest problem.


This movie, while great in terms of action, was never a “Mad Max” movie. You would think that a movie called “Mad Max: Fury Road” would have Max as the hero, like how the Avengers are the heroes in “Avengers: Age of Ultron” or the Kingsmen were the heroes of “Kingsman: The Secret Service.” With this movie, it’s surprisingly backwards. Mad Max isn’t at all the main hero or an interesting character in this movie. Mel Gibson brought so much to this ex-cop that seeing him take the backseat was a bit disheartening. It ultimately felt like this movie favored the people who don’t like the “Avengers” level spectacle that the film industry has come to.


In the end, “Mad Max: Fury Road” is another example of a director who wanted to do so much, given his ideologies, but ultimately lets those thoughts destroy the overall enjoyment of the movie. If you like watching things explode, lack of story, or even unsubtle messages of feminism, there is much to enjoy in “Mad Max: Fury Road.” For people who want good action, but also desires a good story, compelling villain and relatable characters, steer away from “Mad Max: Fury Road” as far as possible. 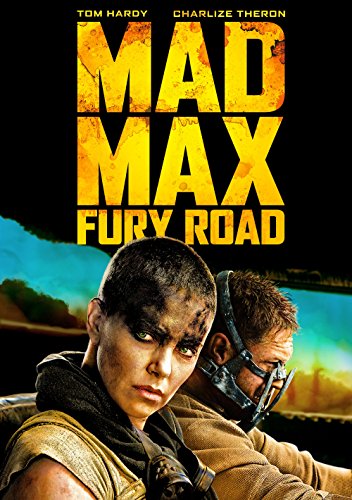 I hsve so many mixed thoughts about "Fury Road." Well...here they are.