November 2010, Disney brought the treasured animated comedy 'Tangled' into our lives. A beautifully blonde, ambitious yet naive Rapunzel (voiced by Mandy Moore) embarks on an endangered adventure with Corona's most wanted criminal, Flynn Rider. Do not be fooled by his smoulder.

Disney have succeeded once again by capturing a meaningful story within a mere 100 minutes; including a courageous and sassy chameleon named Pascal and a variety of heart-warming songs!

Rapunzel's dream is to see the 'floating lights' on her 18th birthday. However, Mother Gothel has kept Rapunzel hidden away within a tower all her life. This is to craft her magical, glowing hair as her own. What length will Rapunzel go to to be able to fulfil her only dream and escape her mother's demands? With a little bit of hopeless, hilarious help from a daringly charming Flynn (with a big nose) perhaps she can achieve just about anything.

Being a devoted Disney fan, I am proud to say that the terrific tale 'Tangled' is my #1 Disney film. Possibly the character of Rapunzel being inspired by the underwater princess, Ariel, from the classic 'The Little Mermaid' may have effected this? With or without this inspiration, 'Tangled' is a sensational fairytale with some sinister moments that even the parents appreciate!

This film is no stereotypical 'Rapunzel, Rapunzel, let down your hair!' story. 'Tangled' consists of grasping scenes of empathy and also a few 'ruffians' along the way. You will fall in love with the positively perfect Rapunzel and her daily life, which is about to change forever.

Earning a massive $591 million in a worldwide box office revenue, Disney have produced a film that has practically changed my life. I do not understand why it has taken me so long to write the words to describe 'Tangled'. On the other hand, no words will ever sum up the magic and laughter that the 2010 wonder has brought to many people's lives. 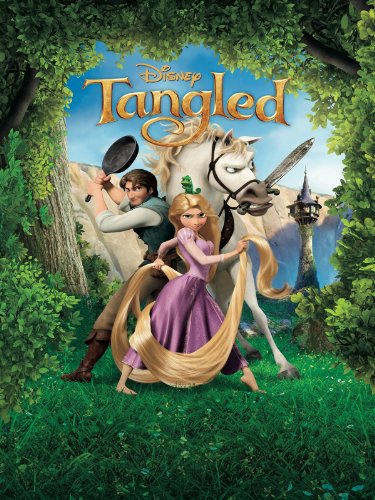 Favorite Quote:
"Freely we serve, Because we freely love, as in our will to love or not; in this we stand or fall."
-John Milton

View profile
I appreciate the criticism and I understand! I agree that the paragraph should have been included earlier on in the review and seems more like an introduction rather than conclusion. Thank you! Of course, how could I miss out a quote! It's my favourite way to end a review. Besides, I had to include a bit of Flynn Rider! (Eugene)
Beila BRONZE said...
on Mar. 19 2015 at 11:03 pm
Beila BRONZE, Palo Alto, California
3 articles 0 photos 519 comments

View profile
Great review! If you're looking for constructive criticism, I'd say that the second to last paragraph felt a little out of place. The ideas and writing in it are both wonderful, but they could have worked better earlier, as a preface to the more detailed summary. Overall, lovely job capturing the warmth and humor of the movie, and I love the quote! ;)
EmilytheBelleofA. DIAMOND said...
on Mar. 19 2015 at 7:15 pm
EmilytheBelleofA. DIAMOND, Athens, Georgia
81 articles 5 photos 1492 comments

View profile
I absolutely, like this. Tangled is a wonderful movie, and a movie that I enjoyed a lot. It's one of my mum's favorite movies. :) You have such a talent and greatness and light and beauty; and so much more. You write beautifully, and you're an amazing and wonderful and beautiful and talented writer and person. All of this, and so much more. Thank you so much for sharing this! It made me happy, reading this. Congrats on getting an Editor's choice for you truly deserve it. Thank you, again. :)