If you have ever been the boy or girl who wanted to grow up and be a super hero like Batman, Superman, or Spider man, or have a passion for science, then you will love Disney’s new release “Big Hero 6”. Following the life of fourteen year-old Hiro after the terrifying night that not only destroyed the microbots he had created, but had taken the life of his older brother, Tadashi, and a beloved school teacher, Hiro meets Baymax, his brother’s invention, once again.


In his depression of the death of his brother, he unintentionally tells Baymax to follow the last surviving microbot to a deserted location. Hiro chases Baymax to a rundown warehouse where the duo finds microbots being manufactured, and thousands of them being stored in bins. But all the microbots Hiro ever created were destroyed in the fire. Weren't they?


With the appearance of a villain, Hiro and Baymax have fallen into plot yet to be unfolded. At first, Hiro tries to keep the discovery of his microbots secret and sets to upgrading Baymax to fight, but Baymax accidentally draws in the help of Hiro’s friends: GoGo, Wasabi, Honey Lemon, and Fred. To fully understand the reasons behind the reproduction of Hiro’s microbots and what they are being used for, Hiro turns his team of genius scientific minds into a new out-of-this-world group of young heroes.


As always, Disney weaves a new nest of plot line and makes it a piece of art. With eye-catching animation and unbelievable characters, you’ll find your inner child falling in love with this movie even if you are an adult. 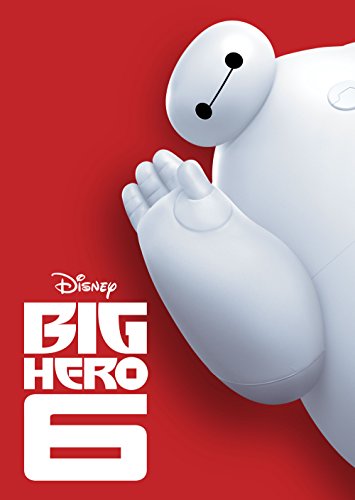 I love Hiro and Baymax so much! They are the perfect new crime fighting partners!