The issue with human nature is that given the chance we will create conflict amongst ourselves. Even in as vast a world as we live, disagreements can start between people on the opposite ends of the earth. Films, books, and games have shown us that people confined to an area, no matter how large, will eventually break down and act like savages. Lord of the Flies’ Island boys brutalize each other, Bioshock’s underwater city of Rapture is caught in a civil war, the districts of The Hunger Games are ruled over by a brutal central dictatorship. Dystopias are designed to compress humanity down to a manageable area to better explore human nature, and, in that respect, Director Bong Joon-ho’s recent film Snowpiercer is unrivaled. The last survivors after the apocalypse live not on an island, not in a city, not even in an underground bunker. They live on a train. Like the numbered districts in The Hunger Games, the hierarchy of the train cars is based on their distance from the engine. The front passengers live in extravagant luxury, while at the very back people are crammed together like so many sardines in a can.

Possibly the greatest aspect of Snowpiercer is its style of storytelling. Joon-ho never explicitly tells the audience anything, but rather lets us experience the joy of figuring things out ourselves. The film opens with a series of muffled radio broadcasts. If viewers listen carefully enough, they can piece together the events that caused the apocalypse. The film chooses a catalyst that is current and still very frightening today: global warming. But it alone isn’t the reason for the end of humanity. Humans themselves further escalate the problem by trying to fix it. Another snippet of radio chatter reveals that a group of countries dumped a chemical into the sky that was supposed to balance out the rising heat. This chemical does its job too well, and the world freezes over. In choosing a modern fear, the film further cements its realism; this very well could happen in a matter of years.

Snowpiercer drops viewers right into the story, realizing that forced exposition would only get in the way. We see a group of shabbily dressed people being counted in rows by armed men. One man refuses to comply with the guard’s order to sit down, which highlights him as the main character. It’s a brilliant way of introducing a protagonist. No need for a flashy entrance or gritty inner monologue. He is indistinguishable from the rest of the passengers up subtly hinting that this could be anyone’s story; he is no different than anyone else in that car until his actions make him stand out. The combination of superb camerawork and subtle storytelling make us think for ourselves to piece together more of the story. Anyone can watch the movie and get what is happening, but the film rewards critical thinking.

As the film is shot from this main character Curtis’s perspective, everything is shown to the audience the way he perceives it. A high ranking official from the upper car comes to speak to the back passengers after a riot breaks out over the removal of several children from the back car. She is easy to hate, speaking in a pompous manner, wearing dentures and cosmetics that make her look plastic and fake. In short, she is an absolutely two dimensional character with no redeeming factors. But it isn’t due to bad writing. She represents the protagonist’s view of the upper class passengers: he hates them and projects everything he loathes onto her. No one is truly evil or good, but his personal biases paint the world in clear shades of black and white. After it is revealed that the guards have no bullets, we see the movie’s first fight scene during the ensuing riot. The movie perfectly captures the reality of fighting: swift, brutal, and chaotic. There are no drawn out dramatically choreographed battles or fancy moves, just people blindly lashing out at other people. As the rebels move up the train we see many of the different cars that serve a variety of purposes. In each car we learn something new about life on the train. There is a prison, where people are sedated and placed in small metal drawers, a food production area where the protein blocks fed to the lower classes are revealed to consist of ground up insects, a massive aquarium where the finely balanced ecosystem serves as a metaphor for humanity, and a school car, which shows how the passengers of the train are brainwashed by propaganda. The children blindly follow their teacher, chanting like cultists. Wilford, the builder of the train, is worshipped as a divine being, and the children are taught that to leave the train, or disobey Wilford, will result in immediate death in the harsh cold outside.

Many details in the story remain ambiguous, and are left up to opinion. The most meaningful themes are shown through symbolism, and metaphors rather than dialogue. Human nature is a fickle thing, and the film brings up our inherent flaws as a topic for debate. Should people be controlled in order to save them from themselves, or should they be allowed to make their own decisions even if they choose poorly? Like the movie, in the real world there are no heroes or villains, only people—individuals who make bad decisions, who have personal beliefs and biases, who must choose for themselves what is right or wrong. 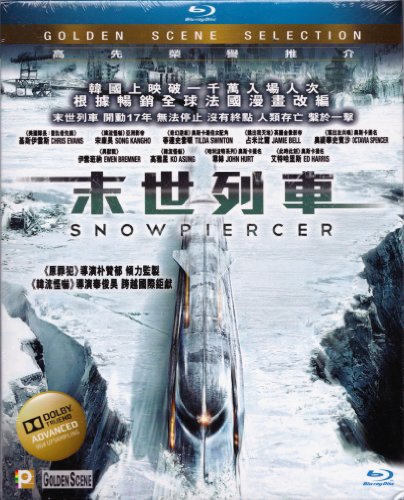