Happy Madison productions, up until about five or so years ago, was a decent enough production company, gaining a huge cult following, as well as producing numerous box office hits. Now, when I think of Happy Madison, all I’ll be able to think about is Zookeeper. You know you’ve got some more work to do when the funniest scene in a movie involves taking a gorilla to TGI Friday’s. It’s really the only scene that made me do anything except want to poke my eyes out, which seemed more fun than watching this movie. Kevin James stars as Griffin in the title role of head zookeeper at the Franklin Park Zoo in New York City. It seems like every job Kevin James is given in a Happy Madison production is a job that nobody really wants. Paul Blart: Mall Cop, anybody? James is the new, not quite as funny Chris Farley. He’s the James Belushi to Jim, except Kevin James’s sitcom, The King of Queens, will always be funnier than According To Jim. Back to Zookeeper though, I walked in with little to no expectations of what or what not the movie could be. I like to go in with an open mind, and since my favorite critic, Roger Ebert, gave it a 3 stars out of 4 rating, it might not be as bad as I thought. Before I continue, I need to point out the surprisingly amazing cast that Zookeeper. It may not seem like it, but the animals are actually voiced by some A-listers. The cast includes Kevin James, Rosario Dawson, Leslie Bibb, Ken Jeong, Donnie Wahlberg, Joe Rogan, Nat Faxon, and in voice roles as the animals is Nick Nolte, Adam Sandler, Sylvester Stallone, Cher, Judd Apatow, Jon Favreau, Faizon Love, Maya Rudolph, Bas Rutten, and Don Rickles. Yeah I know, I was surprised too.

The film follows head zookeeper Griffin who is dumped by his girlfriend, Stephanie (Leslie Bibb) after he proposes, the only reason being the fact that he is a zookeeper. Five years later, they reunite at Griffin’s brother’s engagement party. She sees a new side of Griffin and seems to be willing to give him another chance. The only problem is Gale (Joe Rogan), Stephanie’s cocky and persistent ex boyfriend who would like nothing more than to crush Griffin’s dreams of getting her back, because it’s just what he does. Beats people at things. One day while, I’m not sure what the phrase is. Keeping the zoo? Regardless, he figures out that the animals know how to talk, and after the obligatory screaming, running, bashing into things, and bashing into things while running and screaming, the animals begin helping him learn how to get Stephanie back. At the same time, Griffin befriends lonely gorilla Bernie, whom he helps by, yes, taking him to TGI Friday’s. What follows is the movie’s only remotely humorous scene, which then returns to its regular, unfunny self.

Zookeeper’s problems are too many to name. Is it the horrible acting from capable actors? The under use of A-list actors? Or is it the fact that the sets all look like a bad, rushed ride at Disneyland? The script, which was written by six people, contains so much horrible dialogue, and even worse jokes; one wonders what kind of process went into writing? Did they just do a shot every time somebody wanted to write a line of dialogue? I’m confident that all involved are very funny people, in fact I know they are, but one just has to ask themselves, what were you guys thinking? I asked myself this question even more when a trailer before the movie came on, entitled Jack and Jill. Starring Adam Sandler, Jack and Jill is about a man named Jack whose sister Jill is spending the holidays with Jack’s family. The usual antics are going to ensue, and we’ll all come out in one piece, right? Wrong, here’s where things take a turn for the depressing. Sandler is playing both Jack, and Jill. Yes, he’s playing a woman, in drag. For anyone who’s seen Funny People, they’ll know what I mean when I say that George Simmons is no longer a fictional character. Sandler has adopted the persona, and he’s putting it into full effect. It’s time for him to pass on the crown to someone who deserves it. Nick Swardson, perhaps? Allen Covert? I think most can agree that Grandma’s Boy is one of the best stoner comedies of all time, and by far Happy Madison’s best film, written by both Swardson and Covert. Those guys are sorely underused, and under-appreciated. Swardson’s, “Seriously, Who Farted?” stand up special is one for the ages, and he knows it. But as far as the future of Happy Madison goes, only they have the answers, and I’m sincerely hoping that they are the right ones. 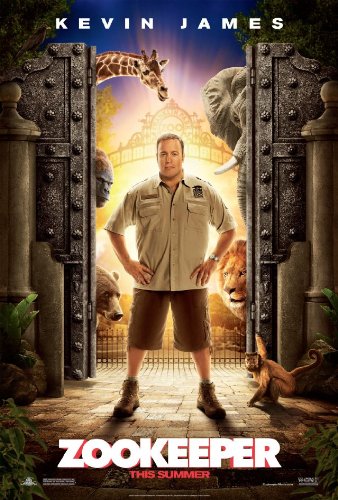 SmartBlondeChelly24 said...
on Oct. 10 2011 at 10:59 am
Personally, I have to agree that the movie was boring. There were few scenes that I found funny. But taking the gorillia to TGI Friday's was definitely one of them. I liked the part of the movie where the two were dancing on the ribbons was a fairly funny scene.