It’s a rarity that a film you expected to be somewhat of a humorous take on suicide (as humorous as it possibly could be), is actually one of the most thought-provoking, sad, and moving pieces of work you’ve seen in years. That’s exactly what Two Days is. Starring the always-excellent Paul Rudd, and co-starring the also great Adam Scott, Two Days is the story of a very depressed man who decides to document the last two days of his life before he kills himself. He recruits a group of student filmmakers to do the deed, recording him as he says goodbye to all his friends and family. While this may seem like a boring concept, and it very well may be to some people, I found its execution near flawless and always interesting.

Shot for what looked like no more than $40,000, Two Days really does feel, and plays out, like a documentary. The emotions and performances played out so realistically, that the viewer may feel that they are a part of the crew filming Paul’s death; and just for confirmation, the character that Paul Rudd plays is coincidentally named Paul. Although the situations all seem throwaway, the interactions all seem real, and one begins to wonder whether or not Paul has ulterior motives. Is he just testing the world to see what it would do? No sane man would actually document his last two days, would he? But as the film progresses, we see how determined Paul actually is to end his own life.

It seems to me that Paul Rudd isn’t the type of person most people would consider to be a great actor. Rudd has always been my favorite comedic actor, but after seeing this film, he is officially one of my favorite actors, period. There are two particular scenes that may have been some of the finest pieces of acting I’ve ever seen on camera. He seems to be able to convey so many emotions in one facial expression, and anyone who has the ability to truly empathize with a situation as obscure as his takes a caliber of dedication to the craft that has almost disappeared from acting as we know it.

While Two Days does have many scenes of humor in it, it is no way, shape or form a comedy, and should not be considered one. It’s something much more important and more full of emotion than 99% of comedies. Two Days isn’t for everyone, but for someone who appreciates good acting, as well as a captivating protagonist going on an eccentric journey of self-discovery, this is it. 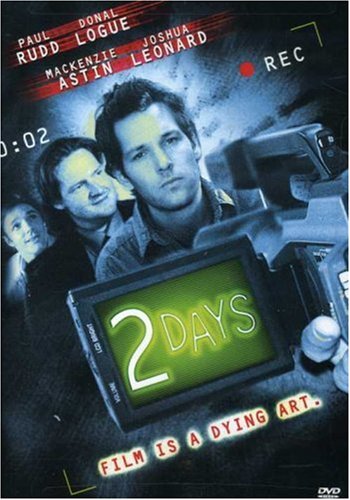