Transformers: Dark of the Moon

There’s a hilarious Robot Chicken skit called “Michael Baysplosions.” It’s exactly what you’d expect, Michael Bay explosions. The genius of the skit isn’t so much that it’s making fun of Michael Bay, but the fact that, as silly as the skit is, these are the kinds of explosions that we see in Michael Bay films. Now don’t get me wrong, I think that Armageddon and the first Transformers are both excellent action films. Bad Boys and The Island also had their moments as well. It’s just, everything in between those films that really just kind of…sucked.

Transformers: Dark of the Moon (I promise there’s a Pink Floyd reference in the movie) picks up a couple years after Revenge of the Fallen, with Sam out of college, jobless, living with his new girlfriend Casey (Victoria’s Secret model Rosie Huntington-Whiteley; her face will most likely be vaguely familiar to most). Not much is mentioned about the break-up with Megan Fox’s Michaela, but here’s the real story. Contrary to popular belief, Fox didn’t quit and was instead fired by Steven Spielberg. Fox constantly badgered Michael Bay for being a terrible director. Bay let it go, attributing it to her youth and inexperience. But one day, during production of Transformers: Dark of the Moon, Fox compared Bay to Hitler. Spielberg, being the empathic soul that he is, was enfuriated by the comment (especially due to the fact that he directed Schindler’s List), and forced Bay to fire her.

The plot in this one is the same and just as incoherent as the first two movies. The Decepticons are trying to take over the world while the Autobots fight to defend it because they see some kind of moral upbringing within the human race. Sam Witwicky, AKA the world’s unluckiest hero, is back again, saving the world for the third time in his life. Shia LaBeouf who plays Witwicky was and still is the best thing about the Transformers, but in this case, that’s the problem. LaBeouf entertains the entire time, but it’s not enough to fill a 150-minute movie about battling robots. Dark of the Moon is boring from square one, and it really never picks up. I’ve started calling this a case of Green Lantern-itus. The definition of Green Lantern-itus is, having a big budget but doing nothing with it except make shiny things look nice. Dark of the Moon also suffers from an extremely out of place soundtrack. None of the songs used really seem to fit the mood of what’s going on, and much better/more appropriate songs could have and should have been used, because what they did go with just makes the film seem cornier than it already is.

Michael Bay is known for having camerawork as incoherent as the films themselves. He’s the Godfather of shaky-cam, and he really just burnt it into the ground. I’m happy to report that the shaky-cam here is at a minimal level, but I regret to inform you that it has been replaced with something far worse, slow motion. And lots of it. Just really unnecessary shots of the Autobots doing fancy flips. Things that should take about 3-7 seconds are drawn out over a 15-30 second period, which we can blame the bloated running time on. Well, that and the fact that the picture never seems to get past its own exposition. Another thing that made me extremely irritated was this thing that Bay did. He would show a few seconds of a scene and then cut to black. Then, he would go back to that same scene, and then cut to black again. Then he would do it a third time just to make sure the audience really got it. Now the first time that this happens, it’s done in a tasteful, timely, and stylish manner. The second, third, and fourth time he does it, it’s superfluous and irritatingly distracting. It’s almost as distracting as the screenplay.

I’ve personally named Ehren Kruger the official “Series Slasher.” By this, I mean that Ehren Kruger comes in to a somewhat healthy or successful series, and then just ruins all continuity that remained, and strips it of any wit or decent humor. He did it to Scream 3, and he’s doing it now. Some of the dialogue is so unintentionally hilarious and completely inane, that I almost felt like telling everyone to shut the hell up. Also, all the original characteristics, body language, mannerisms, and pretty much everything else, from the original characters, is completely lost. In my opinion, the only reason they brought back the characters from the first two movies was to have some kind of continuity, because they’re all extremely unimportant to the story. It seems like Kruger has never actually heard or had a real conversation in his life, because whenever I hear people talk like the way they spoke in the film, I was either sleeping, or at a non-productive PSTA meeting. The fact that they have this man is writing 200+ million dollar blockbusters is absolutely beyond me. But as they say, that’s show business! It all boils down to the fact that Transformers are supposed to be more than meets the eye, and robots in disguise. This time around, they’re neither. The government knows they exist, the people know they exist, and the mystery is completely lost. As for being more than meets the eye, it’s like seeing a performer do the same routine 100 times over, it’s cool the first few times, but after a while, you get bored, because you know exactly what’s going to happen next. I think we all know what’s going to happen next though, Transformers 4, hitting theaters in summer of 2013. 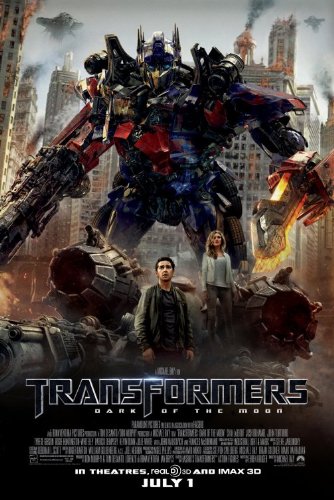 View profile
Wow, this is an impressive review that clearly explains your opinion in a concise manner, with plenty of examples to support it. I especially liked the fact that you had some interesting tidbits to add (the Megan Fox mystery solved!). Overall this article really does deserve a 5 star rating. Congrats! Oh, and I am looking for some feedback on my Tron Legacy review. If you want to, you should check it out. Thanks!