Favorite Quote:
I'm not going to change the way I look or the way I feel to conform to anything. I've always been a freak. So I've been a freak all my life and I have to live with that, you know. I'm one of those people.
~John Lennon

I absolutely LOVED this movie. Emilio Estevez is an amazing actor, and i love his character in this movie, Billy the Kid. Billy’s so stubborn, determined, funny, violent, and caring about his friends, its amazing how they deal with him. But I think they deal with him because he’s such a good friend—he’d do anything for his friends, and he’d never do or say anything against them; he rides with them, he’d probably die for them. I can connect to that.
The plot: Billy, Chavez, Dick, Dirty Steve, Charlie, and Doc are outlaws who were given a home and a second chance by a man who was soon after killed by Murphy and his men. Having witnessed the murder, Billy, Charlie, Chavez, Dick, and Dirty Steve are saddened and revenge-bent, and they go to their lawyer friend Alex. Alex manages to make the boys deputies, and they set out to kill Murphy & his boys. Along the way, Billy takes things too far and ends up getting their badges taken away, but that won't make him give up; he keeps going after Murphy & his men, Chavez, Dick, Charlie, and Dirty Steve with im. In a big shoot out, Dick ends up getting killed, and even more heartsick, the gang pushes on. Their friendship with Billy is tested, but they stick together until they get to Murphy. With each one of Murphy's men they kill, the group gets closer to each other. As soon as the gang is comfortable, they get word that Alex and his wife are going to be killed, so they all go back to Lincoln to save them. When they get there, they find out it was all a trap so they could get everyone invovled with Billy the Kid, including Billy himself, killed. An all-out war ensues, and it ends in the deaths of Charlie, Alex, and Dirty Steve. Billy, Doc, and Chavez get away on horses, but before Billy leaves, he comes back to kill Murphy, and just before he puts a bullet through Murphy's brains, he says, "reap the whirlwind, Murphy." Once Murphy is dead, the gang no longer has a reason to kill, so they go their seperate ways, Chavez fleeing to california and changing his name, Doc moving to New York and becoming a teacher, and Billy disappearing. A year later, Billy is shot and killed; he was unarmed. He was buried next to Charlie at a fort. But one day, not long after his death, somebody broke into the graveyard and carved something into his gravestone. It said one thing: "Pals".
I loved that it said ‘pals’, and it made me cry, because it shows that Billy would do anything for his buddies, and that stuck with them. They never really stopped being friends; they just had to get away so they wouldn’t be killed. His friendship and loyalty stuck with his friends, even after his death. I think it was fitting that he was buried next to Charlie.
This movie was great for many reasons: the plot was great, the actors were AMAZING, and it had the perfect mix of violence, action, comedy, and friendship. I also like how Billy is so determined and stubborn, and how he'd do anything in the world for his friends. 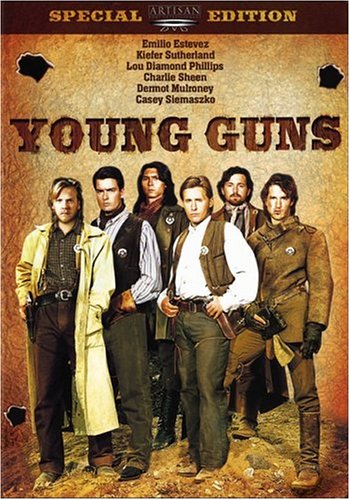