The summer box-office hit Superbad stars Michael Cera (“Arrested Development”) and Jonah Hill (Accepted, Knocked Up) as Evan and Seth, two awkward high school seniors who are desperate to make the most of their remaining two weeks in high school. Another teen comedy with a simple plot? Not so. The best friends get involved in all kinds of debauchery involving fake IDs, cops, alcohol, some unlikely bonding, and girls – all in the same day. It’s a far cry from the high-fiving romp they expected to go on, to say the least.


Superbad has been described by critics as a blend of American Pie and South Park, which is perfect if you liked those movies. If you didn’t, however, the crude humor and frequent lowbrow cracks may not be your cup of tea. On the other hand, it has also been agreed among critics to be a true classic, this generation’s American Graffiti, and “the perfect crude teen comedy to end the summer on.” If you can get past the vulgarity (which, in all honesty, is really what makes the movie), you’ll find that the underlying themes are not only completely realistic but also very sweet. One might even say it’s touching at times. The film’s main characters deal with separation anxiety, low self-esteem, teenage awkwardness, and the typical coming-of-age problem. This being said, the casting is absolutely perfect. Cera and Hill’s friendship (which is revealed to be an unhealthy but amusing codependency in the course of the film) is effortless. Alone, their one-liners are funny, but together, they are uproarious.


Superbad is hands-down the funniest movie of the summer and an instant favorite. It should be mentioned that, as funny as the trailers are, they really don’t do this film justice. Understandable though, as the funniest lines all involve some type of inappropriateness that can’t exactly be aired. Just make sure to save watching this for a time with your friends, not your family. All in all, Superbad is a gross and amusing – but smart – teen comedy. 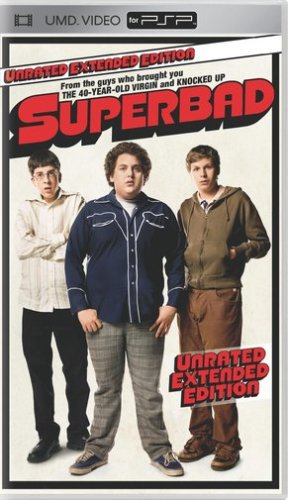