50 First Dates is a surprisingly charming comedy that explores one of the most interesting relationships to ever exist. Revolving around a veterinarian named Henry Roth, Henry starts out as a playboy that uses trickery and manipulation to get his way in Hawaii with tourists that are only staying there on short-term vacations. Utilizing lies galore, it becomes clear that Henry is afraid of commitment, but this all changes when he meets a fellow island local in a pretty girl named Lucy. It all starts when Henry's ship needs to get towed in the middle of the ocean, so he's forced to flee to land and to a part of the island that he hasn't gone to yet. While there, he visits a local restaurant that serves him breakfast, and while he waits for his spam and eggs to arrive, he notices Lucy sitting at a booth alone, playing with her waffles. Henry quickly tries to start a conversation with her, and once he does, it seems like everything is going smoothly. It's clear that they both get along with one another, so much so that Lucy agrees to see Henry at the restaurant again tomorrow for breakfast. However, when Henry meets Lucy at the restaurant the next day, she has no idea who Henry is, screaming that she's never met him before. The owner of the restaurant quickly takes Henry outside of the restaurant, explaining how Lucy is a special girl who was in a car accident that causes her to have short-term memory loss. Because of this, her brother and father make it so that she relives the same day everyday, because she can't remember what happened the day before. All see can remember is her life before the accident. Even though Henry seems to see how this can be a huge problem, this doesn't sway him from wanting to be with Lucy, and he begins to sought out wooing her everyday. Although everyone that knows Lucy is telling him it's a bad idea, Henry Roth must change to become a better person, and not only must Henry convince Lucy's friends and family that he's doing this for love, but he must also convince Lucy to fall in love with him over and over again.

50 First Dates proves to be an immensely entertaining adventure that will surely touch a few hearts. Even though most would expect this movie to just be a silly comedy, the movie actually becomes an emotional roller coaster that makes audiences experience an entire spectrum's worth of emotions. The beginning of the movie seamlessly introduces audiences to all of the movie's characters, including how bad of a person Henry Roth is at first, which benefits the movie later on, due to his tremendous amount of character development. The middle of the movie marvelously progresses the plot along and increases the amount of drama in Henry and Lucy's relationship, which manages to be both enjoyable and interesting to behold. The enticing ending of the movie proves to be quite heartwarming and benefits from a few brilliant twists that transcend how audiences perceive the characters on-screen. The actual conclusion is nothing short of magnificent and truly leaves viewers with a lasting impact about the power of love, which feels like a necessity, considering that the movie is in fact a romantic comedy.

50 First Dates is a comedy, and for such, it shouldn't be that surprising that there's plenty of sufficient humor. In particular, most of Henry's interactions with the animals that he works with at the aquarium are priceless and include them doing tricks together as close friends. One great scene involves Henry tricking one of his coworkers to put her face close to a walrus's face, only to have the walrus throw-up.

50 First Dates greatly benefits from a talented cast that shines throughout. Adam Sandler is the star of the movie as Henry Roth and is able to bring emotion to the relatable character, and his character arc is certainly the most impressive one in the entire adventure. Drew Barrymore does a fantastic job of portraying Lucy, and not only does she do a great job of making it believable that the character forgets everything that happened the day prior, but she manages to counterbalance with Sandler's Henry Roth to create an amazing acting duo for the ages. There are some other notable roles, like Rob Schneider's Ula that proves to be a fan-favorite character for many, but Adam Sandler and Drew Barrymore are the ones that steal the spotlight more often than not. Their on-screen chemistry is not to be underrated, and it manages to click throughout the entirety of their relationship.

50 First Dates portrays an awesome concept in a couple having to have a first date repeatedly, and the majority of it works. It's intriguing to watch what happens next in Henry and Lucy's peculiar relationship, and coupled with the comedic aspects of the movie, this drama manages to drag audiences' to the edges of their seats as it captures their attentions. The movie will surpass any and all expectations and deserves to be seen by just about anyone and everyone, since this couple's story is one that needs to be told. 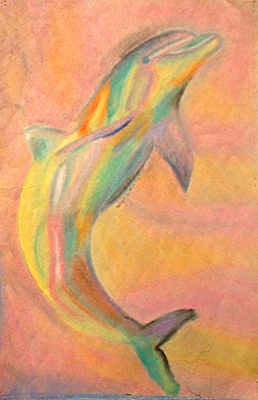 " So every day you help her to realize what happened and you wait patiently for her to be okay with it... then you get her to fall in love with you again?" - Stacy