The Happytime Murderers is a fresh take on what occurs in a universe in which muppets are actually alive and live typical lives along with humans. However, muppets are discriminated in this world, because they are different from others, causing them to feel like being a muppet is like committing a crime. The movie revolves around Phil Philips, a blue muppet, who used to work as the first muppet cop ever. Even though he no longer works for the Los Angeles Police Department, he still tries his best to fight for justice. When a case leads him to an odd store, and while he goes to the back of it to search for information, a bunch of muppets get killed while he's away, Phil knows that there's a killer somewhere around. Because the Los Angeles Police Department goes to the scene and Phil is the only witness, they decide to have him work for them again as a consultant, forcing him to work with his ex-partner, Connie Edwards, once again. Because Edwards blames Phil for giving her a muppet liver, since it was the only way to save her life after Philips missed a shot, causing Connie to testify against the muppet, there's definitely a lot of tension between the bickering duo. But Phil Philips and Connie Edwards must put aside their differences when a second muppet is killed, and this time it is Phil's brother. Connie and Phil are then able to connect the dots, realizing that the connection is that two muppets from the same old TV show were killed, causing them to go find the contracts from the show, which allows them to discover that ten million dollars will be divided up by all of the remaining cast members in a short amount of time, meaning that the killer must certainly be after gaining some extra cash. The duo then heads out in an attempt to save the rest of the cast members, but the killer is still aloof and has no plans of slowing down any time soon.
The Happytime Murderers is a surprisingly enjoyable movie that does a good job at entertaining viewers. The entire concept of the movie is shear gold, and it is really cool and intriguing to watch what it would be like if the muppet universe was a dark, cold one. The beginning of the movie brilliantly sets the stage for the rest of the film, and audiences are immediately let on to know that the muppets in this world are treated horribly and that there is a ton of racial tension between muppets and humans, which gives the movie another great conflict. The middle of the movie does a fairly good job of progressing the movie along, and as the movie progresses, the actual mystery in the movie does nothing but continue to get juicier and juicier. The enticing ending of the movie actually proves to be quite clever, and it does an exhilarating job of concluding the great detective story. The movie is jam-packed with thrilling twists and turns at seemingly every inch and corner, and all of these do nothing except for help the movie increase its levels of intensity, drama, and suspense. However, the movie is also somewhat packed to the brim at certain moments with some certain explicit content that definitely isn't family friendly, and although at times this portion of the movie serves some purpose, in majority of it, it just feels excessive and unnecessary.

The Happytime Murderers greatly benefits from having an actually good mystery. Because the mystery directly affects the protagonist of the story, in more ways than not, Phil Philips is forced to be brought to his very limit, both physically and emotionally in a riveting manner. The villain of the movie has a rich backstory and is multi-dimensional character that has actual reasons for being a bad guy, helping the character to become truly compelling. Secondly, it seems like the actual cast of the movie is able to have some fun with their roles, allowing the movie to conjure up a fair amount of genuine hilariousness, which excellently pairs nicely with the movie's perfectly timed jokes. Since The Happytime Murderers is part comedy, this humor helps to add a nice balance to the otherwise grim concept of the movie, helping to ensure that the tone of the film doesn't become overly dark at any point or time.

Although The Happytime Murderers certainly isn't for everyone, since it tries to be a comedy intended for mature audiences, for those who like gritty, dark, witty detective stories, this movie is worth the time to watch, regardless of what others think, because this movie is capable of making those same people happy. 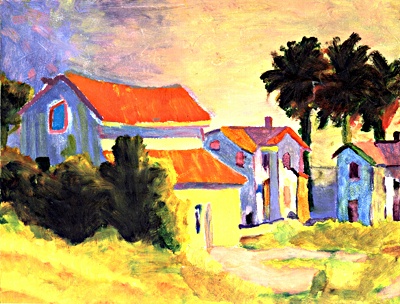 "This wasn’t a robbery, this was a hit. Someone out there is killing puppets." - Phil Philips