A List of Cages by Robin Roe | Teen Ink

“The things I know stay in my head as I stand on my own two feet at the end of the day, and I walk back to my room with my journal to write my list of cages.”

This first mention of the title in the story is thirty five pages from the ending, which is right around the time your heart overloads on emotions and bursts into a million pieces. Not unlike a more teen friendly version of A Child Called ‘It,’ A List of Cages by Robin Roe centers on a story of friendship, abuse, and the ability to move on.

The first act starts like most teen school stories; you are introduced to the characters, see a bit of their daily life, and begin rooting for your protagonists. The story centers on two boys, Julian and Adam: one being a confident, cheerful senior, and the other being an introverted, incredibly timid teen. Once foster brothers, Adam is delighted when he sees Julian for the first time in five years, and while most of what he remembers about Julian remains intact, something’s always a bit off.

Though the story is told between both Adam and Julian, the story mostly focuses on Adam figuring out the mystery behind Julian’s frequent absences, the occasional romantic subplot, and helping Julian to break away from his fears. It’s hard to summarize the story without giving too much away, but the main emotional impact the story leaves behind is based on heavy themes that aren’t so typical in YA novels: childhood tragedies that are actually expanded upon, physical and emotional abuse that is not romanticized or sugarcoated in any way, awkward teenage relationships that don’t hinge on love at first sight or dry cardboard cutout characters, and a realistic portrayal of the effort it takes to recover from a traumatizing experience.

And the best part? The characters are well developed, relatable, and go through dynamic  character development. You get to see characters mature and expand their thinking, and get this- you can empathize with them. No blatantly obvious teenage pandering here; Robin Roe writes teenage characters that actually act like teenage characters. Thank the YA gods!

Of course, that doesn’t mean the book doesn’t have moments where it can improve. For one thing, there are several random plot points that aren’t really expanded upon. For instance, we get to see Julian’s science teacher have an emotional moment on the anniversary of her stillbirth son, but nothing really happens after that. She doesn’t act any nicer towards Julian or change at all in personality, and we readers are left there hanging, thinking, What now? What ends up happening to Russell is one of those scenarios that make you close the book, sigh deeply, and wonder when the author started writing a script for a cheesy teen action film.

There are also several side characters that are never really expanded upon. Charlie is the obligatory jealous friend that only appears when he’s needed. Kristen bullies Julian and never appears again. And Emerald is just... there. It’s great that the author did manage to capture a pretty realistic portrayal of a teen relationship, and I guess it helps to establish a greater sense of realism, but the author treats it like a sort of afterthought, like Oh right, I wrote in a relationship. Better have the couple talk a total of five or six times to let the reader know it’s there!

Most of my gripes though are nitpicky and the book has no crippling flaw that taints my opinion of the story. I commend the author for writing a book about such a serious topic without coming off as preachy, and doing her research instead of writing about abuse solely for shock value. I give this book a 4.5 out of 5. It’s not perfect, but it makes you think and feel, which is a lot more than most YA books can manage to do. If you’re lost in the menacing forest of YA fiction and don’t know where to turn, reading this book certainly can’t hurt. It’s a realistic realistic fiction. What’s not to love? 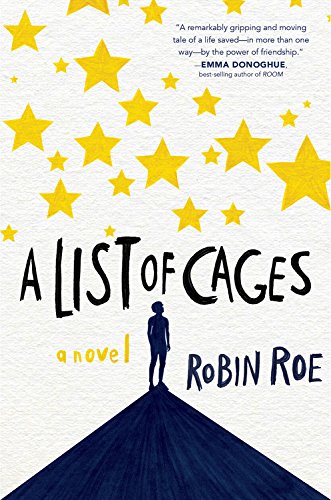