To Catch a Killer by Sheryl Scarborough | Teen Ink

To Catch a Killer by Sheryl Scarborough

Penguin Books claims that a mystery only needs to have five basic but important elements: characters, a setting, a plot, a problem, and a solution.

Now, for a basic mystery, this is fine. But a good mystery novel should have more complex components, and Sheryl Scarborough, author of To Catch a Killer, certainly attempts to create a more intriguing mystery novel. Unfortunately, she doesn’t quite get there.

When I first read the blurb of To Catch a Killer, my eye was caught by several different words including grisly crime, unsolved, brutal homicide, and suspicion. I was so caught up by those words, I assumed To Catch a Killer was a mystery novel. It wasn’t until later that I realized what it really was at its heart: a chick lit pretending to be a mystery novel.

The fact that it was a chick lit irked me, but I tried to ignore it. This was a YA novel after all,  and there’s practically no book that comes out of the YA flames unscathed. I tried hard to focus on the mystery, but it was hard to when the only thing the mystery was hinging on was plot convenience.

Erin Blake, the protagonist is your typical YA heroine. She’s a normal girl that has suffered from some sort of tragedy, but has come out relatively unscathed. She has a long time crush who just happens to be related to the murder and they get together to solve the mystery of their biology teacher’s homicide. Apparently they both like each other, and they start dating. Erin has an obligatory jealous friend who just so happens to be a computer genius, and a “logical” friend who barely does anything besides try to get Erin to not do anything risky (which never  works, because this is the YA universe and everything the protagonist does ends up being risky).

I won’t spoil the whole plot, but the whole plot is basically a slew of all your typical mystery cliches with a couple of YA ones tossed in: the kids know everything but the adults won’t listen to them, the character needed most in that situation just happens to appear right at that moment, the clues all lead to one suspect until they realize that he’s a red herring and the real murderer is someone they trusted all along, etc.

The novel does promise to mention forensic science, and it does, so that’s one thing I won’t complain (much) about. The forensic science mentioned in the book appears to be fairly accurate, and I commend the author for doing some research before writing about it. However, I would have enjoyed the parts where they mentioned and explained forensic science if it were not for the annoying side comments that Erin kept saying in the middle of it, like “Wow. It’s really working” and “Is that why bananas are so a-peeling?”

However, even that would have been tolerable if not for the teenage pandering the author desperately tries to hide. The teenage love side plot between Erin and Journey is definitely an indicator of that, as well as the pathetic mention of Snapchat that the author puts in that has absolutely no contribution to the plot. It’s reminiscent of a mom trying to connect with her teen children by using text lingo and saying, “See? I’m not a boring mom! I’m a cool mom!”

Overall, I give this book a 3 out of 5. It’s mediocre, but it’s not awful, and it did manage to hold my attention until the end. It could serve well as an intro to the mystery genre for chick lit enthusiasts. 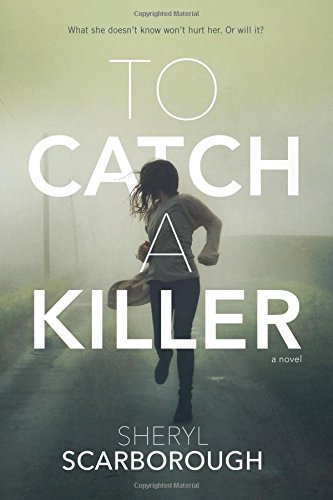