“I think the American Dream used to be achieving one's goals in your field of choice - and from that, all other things would follow. Now, I think the dream has morphed into the pursuit of money: Accumulate enough of it, and the rest will follow,” Buzz Aldrin. The American dream, the be-all and end-all of most Americans. The American Dream has changed over the last hundred years as Buzz states. It’s transformed into something much more tainted. We see a yearning in the novel “The Great Gatsby” by Scott Fitzgerald. Fitzgerald is able to immerse us into a world of glitz and glamour. Although we learn that this dream doesn’t always lead to true happiness. Fitzgerald’s classic novel weaves together the inner truths about the common phrase “money doesn’t buy you happiness”. Fitzgerald describes and awards the “American Dream” with social recognition and honor from those below you, Gastby shows us that this alone cannot bring you true happiness. Through his own depiction, the novels definition of the American Dream, and the character’s portrayal of it, we learn about the modern Dream through Fitzgerald’s eyes.


Fitzgerald’s idea of the American Dream is a complex desire in each character throughout the novel. “In short, the novel embodies and expresses the simple, basic human desire and yearning, universal in nature, to snatch something precious from the ceaseless flux and flow of days and years and preserve it outside the ravage of time,” (Miller 85). As Miller describes, the novel core describes the need to capture a moment and live in the past. In the novel, Gatsby has high expectations for Daisy, he expects her to be exactly the person she was five years ago. But, no one can be expected to remain the same throughout the time period in which the book takes place. Gatsby’s delusions eventually led him to his own death. Fitzgerald also takes advantage of the narration to get this point across. As George Garret claims, “Nick’s language offer both lyrical evocations and depth of feelings” (qtd. In Kimberly Hearne).
Using Nick as a narrator has many advantages, one of which expressing the real human emotions behind this dream and what it stands for. Nick is a very biased narrator, which Fitzgerald knows. He uses him to show the innocent American trying to make his mark on the world, who is eventually tainted by the nature of American Dream. Kimberly states that the “juxtaposition of poetic language and vulgarity mirrors Fitzgerald’s critique of the American Dream- it’s romantic idealism and it’s harsh reality,” (190). One reason why “Great Gatsby” is still relevant to this day is it’s writing style. Gatsby can be seen as a tragic romance story, or a story of corruption. Fitzgerald leads us to the point that the American Dream is fictitious. He romanticizes the idea of it, with the glamour of the roaring 20’s. He knows that what once was his dream has long passed, and is now just a desolate memory he cannot reclaim.


The American Dream can be defined by each person in a different way. “The Great Gatsby is a dramatic affirmation in fictional terms of the American spirit,” (Bewley 97). Bewley is right when she says this novel is highly dramatized. Fitzgerald defines the dream as the nit and grit of the American Spirit and what it should stand for, but he writes in it a way that is almost unbelieveable. In a world of booze, love, and infidelity. “A new world, material without being real,” (169). Here, moments before Gatsby’s death, we see Gatsby realizing that his one dream is now gone. The American Dream isn’t a clear cut plan. For Gatsby, he thinks that getting rich and getting Daisy is his dream, but it’s not that simple. Money won’t make Daisy leave Tom and Daisy loving him won’t make his dreams come true.  “Paradoxically, it was Gatsby’s dream that conferred reality upon the world..The reality was in his faith and the goodness of creation, and the possibilities of life,” (Bewley 97). Gatsby’s version of what he believes it entails, is really just blissful ignorance and the faith he puts in destiny. His nieveness is just an aspect of what he believes the American Dream is. Fitzgerald is trying to tell us that the American Dream is different to each individual.


Each character in the novel “Great Gatsby” plays a principal role in creating Fitzgerald’s American Dream. “His violence is also characteristic of his sense of privilege and power over others in society,” (Lena 99). Here Lena explains how Tom’s attitude is a result of a life with a silver spoon in his mouth. “He behaves as he wants,” (Lena). Fitzgerald uses Tom to show us the taint in the American Dream. He shows us what a lifestyle like this can lead to. An entitled life with a disregard for everyone. Tom is an example of the corruption of money and power. Money does not make Tom happy, and neither does love. He is constantly searching for more than he can find. He is fated to live a empty life, with the indulgence of power and wealth to fill in the cracks.  Another way Fitzgerald describes the American Dream is by creating the “East Egg” and “West Egg” motif. The East Egg characters are meant to represent class, and flawlessness, the old American Dream. While the West Egg characters are seen as copiers, and new money. The West Egg characters are meant to represent the new American Dream. A dream that can be made through being a criminal and making money. Fitzgerald though reveals that both sides of the bay are filled with dishonest people. We have Tom the racist, Daisy the narcissist, and Jordyn the cheater. Each character is unique in their own way. Each is a puzzle piece that creates the “American Dream.” 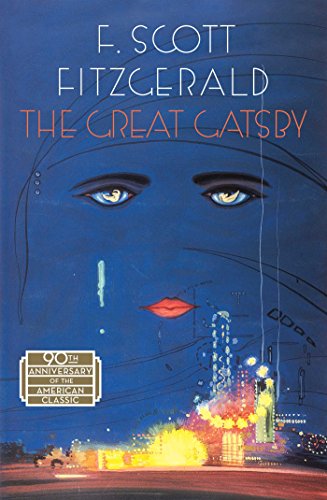 In my essay review I analyze the American dream and how it is portrayed in F. Scott's book vs todays life.