Crossing Into Brooklyn is a good book. A really good book, not a excelent book, but a good book. McGuigan writes up the perfect amount of good and bad characters, but with enough twist and flicks that make the characters seem human and realistic. In this book, the author manages to bring in real life situations, in a realistic setting but it is not overwhelming or ever that boring. Like any book it has its drag pages, but it still capitavated my attention. Many of times i had to refraim from throwing the book or hitting the closest object or person while yelling " How stupid can you be Morgan!" Morgan being the main character. I will not say that is is a coming-of-age story because Morgan did not go through that much of a transition throughout the story. The book crossing into brooklyn is about an over privleged and sheltered girl morgan who comes to understand that the world is not always sweet and shining. Morgan. the 16 year old girl grew up in princeton, N.J. on the high end of life, getting everything she wants handed to her. After the death of her grandfather, Morgan hears her mother and  father talking and realizes that her parents are keeping a secret from her and she is determined to figure it out. when she snoops through her mothers papers she discovers an torn up letter, and goes to find the people who sent it. Morgan follows the letter into brooklyn where she is harshly introduced to poverty. She discovers that her grandfather is not her grandfather, and she begins to learn that poverty is not something you read about in a book but something that people everywhere are facing daily. Morgan continues to make many trips to brooklyn with hope to get to know her grandfather, starting an internal hatred twords her mother who was trying to protect Morgan in her own ways by keeping her past a secret from everyone except her husband. Crossing into brooklyn also has this romantic thing going on between Morgan and her best friend Ansel. Morgan faces a lot of internal conflect with wheater or not she should thell Ansel that she is not as innocent as he believes she is when it comes to relationships. There are more characters than I have mentioned yet and more to the plot. Mary Ann McGuigan ends crossing into brooklyn with Morgans mother leaving but keeping in touch with morgan, nothing cameout of the relationship between morgan and ansel, morgans grandfather winds up selling his pictures, and delores (an important character that I have not mentioned) going back to her abusive husband. This was an event filled book, that i really enjoyed. 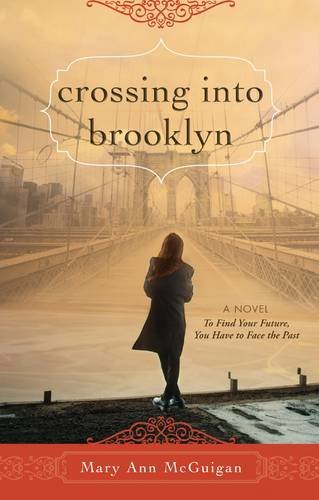 This is an event filled book that i really enjoyed. I got this book through the early readers review program and I really enjoyed it. I would recomomend reading this book to any of my friends. This book is a book that both students enjoy reading and a teacher cant complain about.