I picked up Kindred by Octavia E. Butler because time travel fascinates me, but one thing that detracted from Kindred in my mind was the way it almost was as if Butler could not decide whether it was a science fiction or historical fiction novel. The time travel premise immediately attracts the science fiction title, but the carefully researched history was what made the novel excel. In fact, Dana's time travel was never justified or explained; no one, including Dana, questioned why she suddenly traveled a century into the past. However, it was interesting to see how modern Dana deals with living as a pseudo-slave for months at a time, carrying with her the 20th century knowledge and beliefs.

One scene in the book that I think is particularly powerful is when Rufus hits Dana and Dana, sick of the life on the plantation, slits her wrists to go home. The only way for Dana to return to the present is being in a life-threatening situation, but after Rufus shows his inhumanity, she chooses near death to spending another minute with him. Rufus hit her because she confronts him about selling a slave away from his family just because he talked to her. It is important because it is a clear picture of the differences between a while plantation owner and a modern African American woman.

Octavia Butler's writing style in Kindred is almost shockingly simple. The first person narrative is as accessible as contemporary dialogue. Nothing is overly dramatized or glamorized, even the account of an overseer brutally whipping Dana on the plantation. Although, it may be because Dana is a straightforward character who is not excitable, I thought the simple style lacked intensity. For me, Kindred came across as a novel for kids and young adults that uses fiction to teach what life in the past--in this case, slavery in the 1800s--was really like. One major theme in Kindred is adapting to difficult situations, and many of the characters must do this, with a varying degree of acceptance. When Dana accidentally takes Kevin back in time with her, she warns him that she may not be able to bring him back but thinks, “If he was stranded here for years, some part of this place would rub off on him…if he survived here, it would be because he managed to tolerate the life here” (77). Their conversation foreshadows when Kevin is in fact stuck in the past and does adapt well enough that he has trouble after he returns home. Another character who must tolerate an objectionable situation is Alice, Dana's ancestor and the slave woman that the master, Rufus, chooses to be his sex slave. After Rufus kills her husband and takes her as his mistress, Alice, “Couldn't bring herself to run away again or to kill him and face her own death. She couldn't do anything at all except make herself more miserable” (180). She must endure Rufus and settle for the small victory that she is still alive. Later in the book she reaches her breaking point and finally tries to escape, both by running away and, eventually, suicide.

In the end though, this book is an important part of the American literary tradition because it is a well-researched look at an important, albeit upsetting, part of American history. Not only does Butler tell about 19th century slavery, but she also relates it back to modern day racism and race relations. It would be tragic if children growing up in the 21st century took this part of American history for granted. 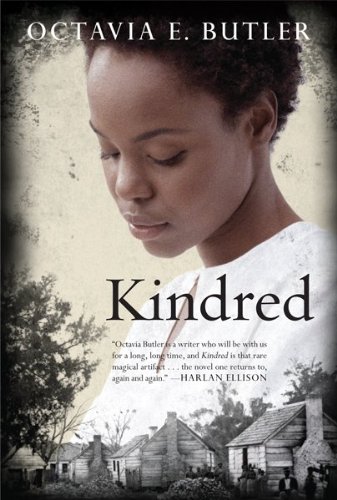