Favorite Quote:
"People always get used to beauty, though." "I haven't gotten used to you just yet," Augustus Waters

“I wanna find something I’ve wanted all along, somewhere I belong”. -Lincoln Park. In the book The Kite Runner Khaled Hosseini does a fantastic job of showing where Amir truly belongs. Amir truly belongs in a country that he may not have been born in. For example, Amir belongs in America, because he had so much guilt and wasn’t the best person in Afghanistan. He also rekindled the relationship with his father, giving him the relationship he always tried to have. Amir came to America and had the family he always wanted. Amir belongs in America rather than in Afghanistan.

Amir belongs in America, because he had so much guilt and wasn’t the best person in Afghanistan. In the book The Kite Runner there are many things that Amir did to cause himself guilt, and also to be considered a bad person while in Afghanistan. In one situation, Amir has just accused Hassan of stealing money and a watch that Amir put under his mattress. After Amir tells Baba about Hassan “stealing” the money, Baba talks to them. Hassan says that he stole the items even though he didn’t. Amir thinks this in his head, “I loved him in that moment, loved him more than I’d ever loved anyone, and wanted to tell them all I was the snake in the grass, the monster in the lake. I wasn’t worthy of this sacrifice; I was a liar, a cheat, and a thief. And I would have told, except that a part of me was glad. Glad that this will all be over soon. Baba would dismiss them, there would be some pain, but life would move on. I wanted that, to move on, to forget, to start with a clean slate. I wanted to be able to breathe again” (105). Despite mistakes and guilt that goes with regrets, people still can forgive. People see past the mistakes and see them still as a person. No matter what some may do people still love and care about their friends and family, but sometimes guilt takes over and poor decisions are made. Given the situation surrounding these lies and feelings of guilt, a fresh start in America gave Amir a new and honest way of life.

Amir belongs in America, because he was able to come to America and improve his relationship with his father. He was finally able to make his father proud, which is something he was aiming to do his whole life. On Amir’s graduation day, he was 21. Baba congratulated Amir by taking him to a bar and bought a round of drinks for everyone just because he was proud of his son. Later leading to a heartfelt father-son moment that Amir had always yearned for. “He walked to me, curled his arm around my neck, and gave my brow a single kiss. I am moftakhir, Amir, he said. Proud. His eyes gleamed when he said that and I liked being on the receiving end of that look” (131). Baba gave Amir the approval he had always wanted since they came to America, and were away from all of their friends. Amir and Baba were able to rekindle their relationship ever since they came to America. Even though Amir went to school to become a writer and not a lawyer or a doctor like Baba wanted, Baba was still proud. Amir belongs in America because he was able to please his father the way he had always dreamed of.

Amir was able to come to America and have the life he always wanted. Amir married a beautiful girl who everyone thought would never find someone to grow old with. In this scene General Sahib and Khanum Jamila jan are talking to Amir and welcoming him to the family before Amir and Soraya became joined together, “We are honored that your family and ours will be joined. said General Sahib Amir jan, as for you, I welcome you to my home as a son, as the husband of my daughter who is the noor of my eye” (168). Amir is joining a family, which will get him the family he always wanted. He never had a mother, so getting a mother-in-law was something he always wanted. He also wanted to grow up and have a family of his own someday, and this is just the beginning of a wonderful life.  Had Amir stayed in Afghanistan he would have never met the love of his life and belonged to a family of his own.  This alone is reason enough for Amir to belong in America.

Amir belongs in America rather than in Afghanistan. He belongs in America because he was a bad person that was full of guilt in Afghanistan. He and Baba were also able to fix their relationship, giving them the father and son relationship they both wanted. Also he was able to come to America and have the life he always wanted with a wife, and in the end a son, even if it wasn’t his. Amir coming to America helped him get away from his past, but also be good again. With fixing relationships and having a good life. Amir finally got the clean slate, or the chance to restart his life again. 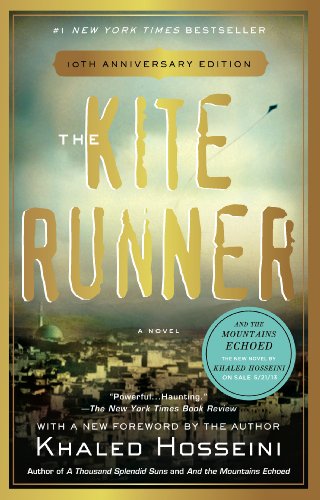