The Strange Case of Dr. Jekyll and Mr. Hyde by Robert Louis Stevenson

Favorite Quote:
"People generally see what they look for, and hear what they listen for."

Classic books are known for making make powerful points, but they can also be known to lack in plot and display an overwhelming amount of rhetorical/plot devices. Truth is, most high school students have figured out that classic books can be, well, long and boring, which is why most people don't expect a classic book-- especially one contemplating the balance between good and evil in man-- to be so humorous, nor do they expect it to be so short.

The Strange Case of Dr. Jekyll and Mr. Hyde follows the adventures of Mr. Utterson in his quest to learn more about the mysterious Mr. Hyde, a roomate of Dr. Jekyll's, after he trampled a young girl on the streets in cold blood. His investigations (kicking off with my favorite line: "If he shall be Mr. Hyde, I shall be Mr. Seek") lead to deeper and darker discoveries about Dr. Jekyll's scientific experiments. As the novel progesses, more questionable actions are taken by Mr. Hyde before a dangerous finale involving a confrontation between the characters that give the title its namesake and a letter that reveals everything.

As a classic book lover, I personally recommend this anyone who wants to read magificent lines on the contrast between good and evil-- or who needs a good laugh in an hour and a half. If you have read any of the Sherlock Holmes books like me, you may find that one of Sir Arthur Conan Doyle's short stories is set up very much like this novel. It also explores some of the same themes as Mary Shelley's Frankenstien, toying with the border between human and monster. 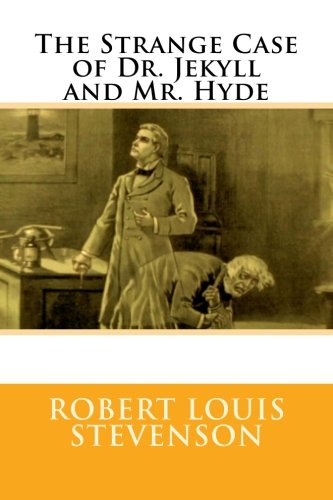