The extraordinary education of Nicholas Benedict by Trenton lee Stewart

Favorite Quote:
"In a world of locked doors the man with the key is king."

The Extraordinary Education of Nicholas Benedict

"'We must rise to the challenge',sir!" Nicholas repeated." As he is throughout the book,Nicholas Benedict is optimistic about what lies ahead. The Extraordinary Education of Nicholas Benedict by Trenton Lee Stewart is a story that includes an intriguing mystery, a witty, intelligent main character, and a race against time. I would definitely recommend this book. I found the book captivating and held my attention well.

The situations in this book are appropriate foe children of all ages. However, younger children may not understand the significant amount of loss in this book. There are a lot of deaths of loved ones in the characters past.  Some are disappointed by not being able to follow their dreams.  The main character is an orphan and has not been cared about or loved as he  should. Another character lost his family recently and is still coping with it. Loneliness is also a large part of this novel. The main character is bullied and has only one friend, who stops speaking to him. Nicholas often feels isolated and alone. These things may be difficult for younger children to understand and relate to.

In this story the author seems to relate to Nicholas, or have some sympathy for him. He also seems like he would think cry highly of Nicholas. I feel that there are many life lessons in this story. One is, not everyone is the person you expect them to be. Nicholas, in the book, meets a stranger who makes many sacrifices for him. Nicholas ,though, expects the stranger to turn him in for a previous mistake ,but the stranger is understanding and helpful.

The main plot of the book consists of Nicholas' adventures at his new orphanage . Nicholas automatically gets off on the wrong foot by angering the orphanage director. He also has a run-in with the orphanage bullies ,though he does trick them out of hurting him. Unfortunately, this causes them to hold a grudge against him. Nicholas makes only one friend, named John.

Later in the book, Nicholas hears of a treasure. According to his information source, a woman who had once lived there acquired a large sum of money, but after she died it was never accounted for. Nicholas now makes it his mission to find it. He and john find clue after clue. Along the way, they meet a girl named Violet, who helps them and becomes their friend.

I personally feel that this book would be entertaining for all teenagers. Nicholas tends to look at things from a different perspective, which makes the book very interesting. I think the book was written well, and that the author's voice compliments it well. The plot kept my attention and interest throughout the entire book. I would definitely recommend this book. 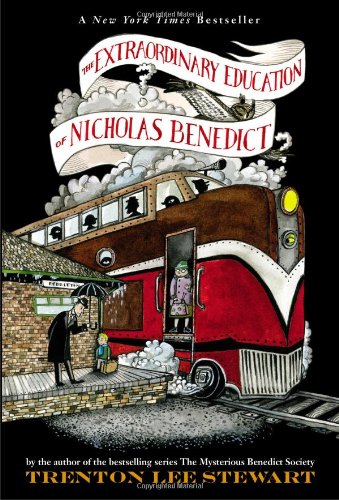 I personally like to read a lot and this has been one of my favorite books.