I read the book The Adventures of Huckleberry Finn by Mark Twain. It is an adventure book as you might have guessed from the title, and there seems to be a different adventure in every chapter; these all build up into one epic adventure. The story focuses on a runaway slave and a runaway boy who meet up coincidently, and decide to live the “free” life on a raft going down the Mississippi River. It starts off as a simple and good life, but weather, steamboats, Huck’s interest in “adventure!”, and other people conspire to ruin their great adventure. The three main reasons that Huckleberry Finn resulted in a great book are: plot, character development, and writing style.
One of the reasons that Huckleberry Finn turned out to be a great book was because of the plot. The big conflict in the story is that Huck and Jim are always running. It’s not always the same people that they run from, and sometimes they’re running with others; but Huck and Jim are always on the run and it helps them out a little that they have the current of the Mississippi River in their favor.
Character development was also a key factor in the plot. Every time another character came along, I thought that they would become another main character, just to learn that Huck and Jim would soon bypass them and continue their raft life. About halfway through the book Huck and Finn meet two con men who then continue to live on the raft with them. They cause trouble from robbing people they come across, and then with something that was bound to happen with Jim at some point in the book, because he wasn’t a free black man yet. Tom Sawyer, who Huck looks up to, shows up unexpectedly in the story and the classic duo go to work again with their wild plans commonly known in Mark Twains previous book Tom Sawyer. It all comes back to a happy ending that we all want to hear.

I think that the story and plot were really good because of the structure of the writing. At first I thought the language in the book was hard to read because the use of “slang” was indefinite. The story was told from the point of view of Huck, who did not go to school until his guardians made him go. Some sentences I had to read a few times to finally get it in my head. Then between Huck’s dad and Jim, who were both worse than Huck, it made my understanding worse. But once I got into the groove of the story, I had no longer any trouble. In terms of the structure of the story, well, sometimes I felt that Mark Twain thought a lot before he wrote a certain chapter, other times I thought he must’ve just gone on a tangent and thought as he wrote. A lot of chapters blindsided me because of their plot twists, such as in chapter 16, while other chapters lolled me with the calm repetitions of floating down the water.
Overall I think it resulted in a really great book, well written and well thought out. I recommend it to everyone, and even if it’s not interesting you in the first hundred pages or so: wait. This book has been the inspiration of other great adventure books and their authors, and it is no wonder that this book has stood the test of time. 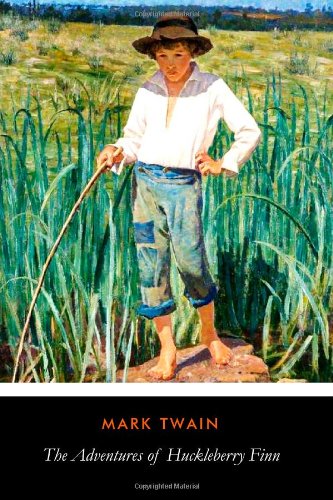