The Perks of Being a Wallflower by Stephen Chbosky | Teen Ink

The Perks of Being a Wallflower by Stephen Chbosky

With every flip of a page, Stephen Chbosky seems to reveal a different aspect of the book, The Perks of Being a Wallflower. Ranging from something as simple as smoking a cigarette in a Big Boy with his two best friends, to realizing his entire childhood was built on a lie. The good days and the bad, this book takes you through the mind of a teenage boy named Charlie. In the course of several letters written to an anonymous friend, Perks of being a Wallflower will surprise you in ways you can’t imagine.

I really enjoyed how to the book was written, not only that it was written in letters but the letters are written in a way that makes you feel like you were there, he includes lots of little details that other authors might choose to ignore. I thought this really brought the book together and completed it,

Charlie enters High School as an outsider, just any regular freshman, shy, bullied and awkward. That all changes one night when Sam and Patrick, his two best friends, introduce him to “good” music and for the first time, he feels infinite. Who knew something so simple as riding in the middle seat of a pickup truck, crammed between the two people who could change everything would have such a big impact on the rest of your life.

Throughout the book it hints that Charlie is not quite right, there is something that his depression is trying to hide. Perks of being a Wallflower isn’t any typical book we’ve all read before, where the socially awkward kid who gets bullied finally ends up changing himself so his friends will accept him. In fact it is the complete opposite. Instead of changing to fit in with a group of friends he finds a group that will accept him for who he is. As I continued to read the characters began to grow on me, they are weird, fun, and definitely not your typical teenagers. This book kept me on the edge of my seat and is a novel you can’t miss. 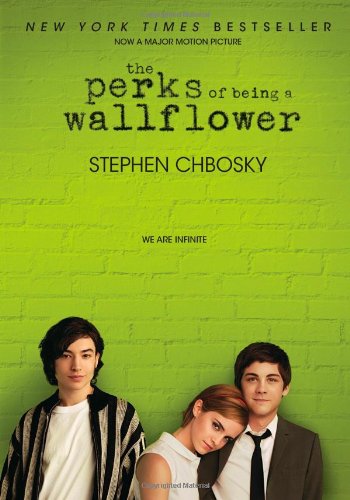