E. Aster Bunnymund and the Warrior Eggs at the Earth’s Core! by William Joyce | Teen Ink

E. Aster Bunnymund and the Warrior Eggs at the Earth’s Core! by William Joyce

E. Aster Bunnymund and the Warrior Eggs at the Earth’s Core! expounded on the world painted by The Battle of the Nightmare King. It brings to light on how Pitch, called Pitch Black in the 2012 movie, came into existence. His heartbreaking story brought tears to my eyes. A loving father at one point in his life, General Kozmotis Pitchiner guards a prison planet, filled with whispering Fearlings and Nightmare Men, is caught off guard for a mere moment, and is possessed at his concern for his daughter, whom the Fearlings inside imitate. He becomes this immense, dark being. Bunnymund’s stubborn and overly egg-sessed attitude lent a sort of comedic release for the otherwise dark plot of the rest of the book. The book was an emotional rollercoaster for me. I cried, I laughed, and I was on the edge of my seat! 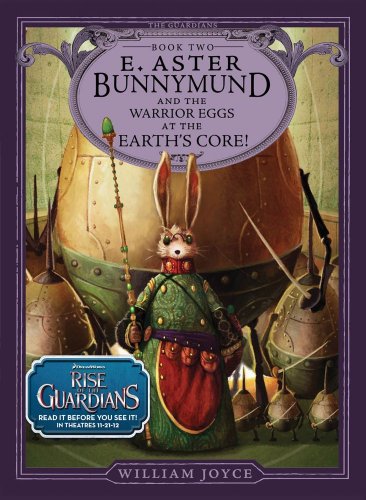 
Buy from Amazon
The author's comments:
Another amazing book from William Joyce. I bought my copy of this when I bought the first one. I definitely recommend it!
Post a comment
Submit your own