Harry Potter and the Sorcerer's Stone by J.K. Rowling

'Harry Potter and the sorcerer's stone' is the novel that marks the start of the potter-phenomenon. Written by J.K. ROWLING, world's most renown children's author, it is a book that is worth reading. The story starts with the fall of Lord Voldemort (number 1 villain and dark magician) and the death of Lily and James Potter. The only thing that remains of this memorable incident is little harry, a marked boy whose cruel fate has yet to come. With nothing but a lightning scar to accompany him, Harry spends a miserable childhood in his aunt Petunia's house. Constantly bullied by his cousin and uncle, harry spends 12 years of his life without knowing his true identity- a wizard. But on his birthday he learns the truth and willingly attends Hogwarts, school of witchcraft and wizardry. In Hogwarts he learns all sorts of magic: charms, potions, defense against the dark arts and transfiguration. He even gets admitted to the quidditch team, playing as the youngest seeker of the century.

But Harry's fate- like that of every fictional character- does not leave him alone. Discovering the secret of the sorcerer's stone, Harry and his best friends (Ronald Weasley and Hermione Granger) go through an adventure never before seen (or in this case, read).

Harry Potter and the sorcerer's stone is a fantastic masterpiece. Although one may argue it does not reach to literary standards like those of Shakespeare's, Harry potter is definitely a popular series that captures the fascination of readers aged eight to eighty. The book has a powerful plot and a fascinating setting that is sure to grasp the attention of the readers. The book portrays colourful characters, each with a story and personality so distinct it is a wonder how the pages of the book were able to contain them. J.K Rowling's obsessive and highly praised use of details is also evident in the story- readers marvel at the tiny sparks they find in the plot; it is a book "without any holes". All in all, harry potter and the sorcerer's stone is a great book. Believe it or not, the sequels are just as good, if not better. I ensure you that once you start reading, you would never be able to stop until you see the end of lord Voldemort. 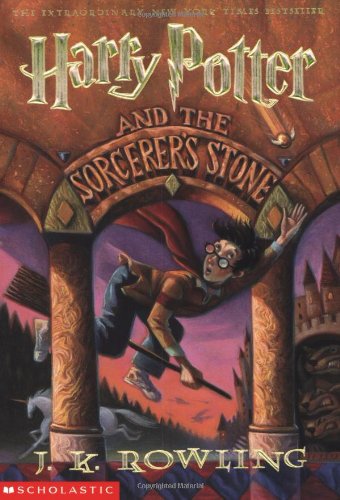 chasebush said...
on Nov. 3 2017 at 12:14 pm
chasebush,
0 articles 0 photos 4 comments
View profile
Good reviews, I like Harry Potter as well, the books are better than the movies.