An Abundance of Katherine’s – Book Review

In An Abundance of Katherine’s, John Green takes on a teen-related subject that makes many readers delve deep into their minds about what truly goes into a relationship, love and life. The story begins with a new high school graduate that begins telling the reader his life story; his name is Colin Singleton. To many people, Colin may seem like your “average Joe”, but it isn’t until the first couple of pages in the book that you find out that Colin is a child prodigy. Although this title may be deceiving, it actually is something that only remained relevant in Colin’s life when he was a child; hence the world “child” prodigy. Even though Colin is one of the rare prodigies who is in search of making himself known in the world, he also has a weird fetish that completely defines his life; he only dates girls named Katherine.

Ever since Colin could remember, he had always dated girls that were named Katherine. Throughout his multitude of Katherine’s, nineteen to be exact, he became specific enough to only date Katherine’s that were spelled “K-a-t-h-e-r-i-n-e”. Although this is weird enough, it is also discovered that Colin always seemed to be the one that was being dumped by all of these girls named Katherine. Every single time Colin would get dumped, he would look deep into himself and wonder why he was always the one that was being told he wasn’t good enough, which seemed to be a constant reminder of his fifteen minutes of fame as a child prodigy on a television show at a young age. So naturally after his nineteenth breakup with a girl named Katherine, Colin and his best friend, Hassan, decide to go on a roadtrip to help clear Colin’s mind; this is where the story unfolds.

When reading the beginning of this book review many people may think, “Why would I just want to read another book about relationships that has no significant impact on my life?” Well that is where you are all wrong! As the book continues on and talks about new adversities in Colin’s life when he arrives in Gutshot, Tennessee after his roadtrip, the story actually begins to have an underlying meaning. That may be hard to imagine, but if the reader truly looks closely and sees that Colin makes a theorem to discover the reasoning behind his constant breakups, the book then represents how everyone in life needs to find a purpose. Because of the representation on how everyone wants to find a purpose in life, I definitely feel that this book correctly depicts the reality of a teenager’s lifestyle and thinking process.

Although I like John Green as an author in general, I think that An Abundance of Katherine’s was not nearly as good as his other books. This story seemed almost pointless at times, despite it being an addicting read, and I finished the book feeling empty. Usually when someone finishes a great book they often feel like they are closing off a part of their life when they close it, but this book was extremely simple-minded in terms of depth so the book was not nearly as hyped-up as I had imagined it would be. Even though this book had many parts where I was rooting for Colin or Lindsey Lee Wells, the book seemed to lack the substance that other stories have. An Abundance of Katherine’s was not average; it was just an easy read because of its lack of depth in certain aspects. 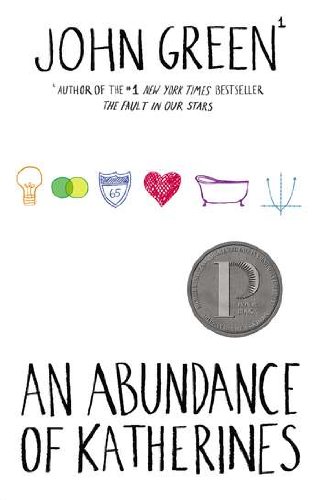