When I initially read Women at Point Zero by Nawal El-Saadawi, I thought Saadawi’s purpose in writing this novel was to raise awareness against female oppression. After our three day class discussion, I was able to grasp a clearer understanding of female genital mutilation that altered my understanding of Firdaus’s experience. Through a 2007 New York Times article titled Voices Rise in Egypt to Shield Girls from an Old Tradition by Michael Slackman, I learned that female genital cutting, or circumcision as the supporters would call it, was an old tradition thought to have the ability to preserve the chastity and honor of a woman and her family. An argument was made during our class discussion that tradition outweighed morality. It came to my conclusion that in a patriarchal society such as Egypt, supporters of circumcision would use tradition as an excuse to every opposing argument made against female genital mutilation.

I also learned through another 2007 New York Times article titled Interview with a Young Egyptian by Mona El-Naggar, that a young women named Fatma Ibrahim, who was tricked by her own parents when she was younger to undergo circumcision, now volunteers at F.G.M to put n halt to such gruesome act. In a similar way, Firdaus’s experience of being circumcised changed her life and made her a stronger woman because we see the transgressions she is forced to endure, such as abuse and prostitution.

I primarily thought that the goal Saadawi had in mind while writing Women at Point Zero was to make the audience pity Firdaus and create a rally against female oppression. However, after the class discussion and analyzing an excerpt from The Hidden Face of Eve a non-fiction work by Saadawi, I concluded that Saadawi is trying to eliminate the distinction between Arab women and Western women because both suffer female oppression, but in diverse ways. Because America and Europe is constantly changing, she considers these nations modernized and unable to comprehend another tradition or custom from an international standpoint, such as those of the Arab’s. Saadawi does not want Westerners to have sympathy upon the Arab culture because not only are the Westerners putting themselves above the Arabs, but they are also denouncing their traditions. 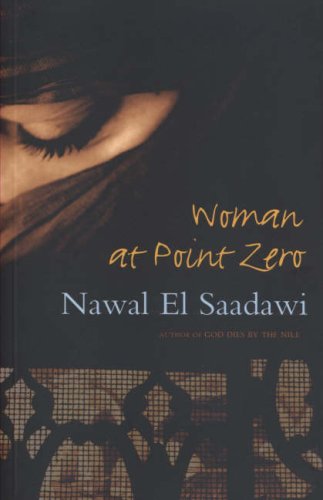