“Never imagine yourself not to be otherwise than what it might appear to others that what you were or might have been was not otherwise than what you had been would have appeared to them to be otherwise.” Confused? Mathematician and logician Lewis Carroll’s classic Alice In Wonderland works are often called “logical nonsense” for this very reason. Though it is debated whether or not the text contains a great depth of underlying mathematical codes and specially hid triple meanings to nearly every line, the Alice Tales are read by adults and children alike, both finding its humor and curiosity most enjoyable on different levels. It is because of this, that since its publication in 1865, Alice’s Adventures In Wonderland has become the most famous and beloved children’s book in any language.
When a young girl, Alice, falls down a rabbit hole measuring over one hundred feet below the surface of the Earth to a wondrous land (that so happens to be named “Wonderland”) she meets quite a bunch of witty and sensitive characters, ranging from a Hookah-smoking caterpillar to the King and Queen of Hearts, and others still. Carroll’s witty creatures with their saucy behavior prove a challenge to Alice, who finds that she nearly speaks backwards in comparison to them. This results in a large number of unintentional offenses, and Alice slowly begins to think of things in a completely different way. Witty and comical, her adventures are the work of a remarkable man, whose likes are probable to never be seen again. 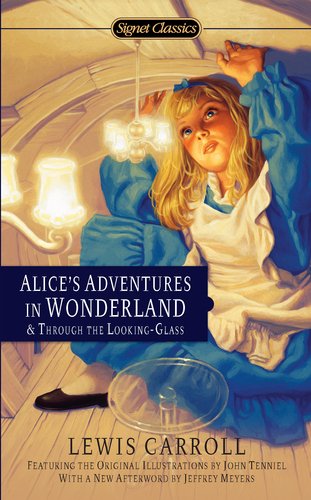 
Buy from Amazon
The author's comments:
The first book which aroused my interest in highly specific word choice.
Post a comment
Submit your own