Christian horror writer Ted Dekker is by far one of the most talented writers of the thriller genre, as he has proven time and time again with each book published. Dekker's thrillers will send such spine tingling chills through a reader that one will never forget it. They haunt you. Such is the case with the Dekker thriller, ADAM. Ted Dekker's novel, ADAM, is an amazingly thrilling story that is incomparable to any other because of its use and description of F.B.I., Forensics, and Psychiatric Profiling procedures, its increasing danger and suspense, and the clash between the physical and the spiritual world. These elements all collide within the pages of this 'killer' ride.

In Adam, Dekker creates the story of Special Agent Daniel Clark, who has dedicated his life to tracking down and catching serial killers by trying to get inside their minds, and thinking how they think. Daniel ends up dying and coming back to life three times before the book's end, all in pursuit of &#39Eve', a serial killer who has killed 16 women, and, though there is a lot of evidence, there are no leads to who or where the killer is. The dangers around Daniel increase as he literally tempts death and comes closer to finding Eve. Daniel finally finds Eve, but it is not what he expects, and Daniel finds himself fighting against a demon just to survive.

The amount of in-depth research done by Dekker shows throughout Adam with the detailed F.B.I., Forensics, and Psychiatric Profiling procedures he illustrates. On pages 125-136, Dekker describes an autopsy of one of Eve's victims and an AFIS identity check. He also delves into scientific explanations for a near-death experience(NDE), mainly Daniel's NDE, and how when one dies or experiences an NDE, a chemical called Dimethyltryptamine(DMT) is released and dumped into one's brain, causing hallucinations of one's beliefs to occur. Daniel, also, has gained a long term effect of his NDE which his partner, Lori, believes is caused by the chemical imbalance due to the DMT; a continuation of non-ceasing terror attacks.

Daniel causes himself to have a second NDE (pages 154-156) from Lori, his partner, induce his system with small doses of DMT, which, is also an illegal narcotic.

(Pages 205-212) Daniel causes yet again another NDE. This third time, however, is done by Lori injecting him close to the heart with a large dose of a myocardial relaxant, benzodiazepine, which causes it to stop pumping blood and starves the brain of oxygen.

The technical elements listed above contribute to a huge point needed for any type of thriller: danger and suspense. No matter where one is in the book, ADAM continues on a chain of suspense and danger that escalates throughout the novel, and creates those desirable, adrenaline-rushing, at-the-edge-of-your-seat moments. Three examples of the book's suspense are the three times that Daniel dies. Each time he comes so close to death that it is impossible to know if he really will survive or not. Another cause of suspense is that every time he comes close to finding Eve, something happens, such as his memory being lost after he sees the killer's face. Another show of suspense is when Heather opens a door to an office area in her house, revealing her own obsessions with Eve, and, while there, Eve abducts her. One does not know at that moment if she will survive or be killed. It all depends on Daniel's choice. Suspense is said to increase as a story proceeds, and it does just that in ADAM. Some of the greatest suspense is when Daniel is left alone with the killer, Eve, in a battle within his mind.

The suspense and danger crosses into the main element of a Christian thriller: the clash between the spiritual and the physical, between good and evil. Dekker has a gift for making his fiction appear as terrifyingly real situations where the spiritual world collides with the physical one. He pushes a subject many Christians avoid . . . demons, and the way he writes about them in his books is so real and paralyzingly believable that it haunts readers and they must remind themselves that it is only fiction, or one might go insane.

Here are some small samples of spiritual or demonic encounters:

One example is the episodes of terror that reoccur in Daniel's mind after his first death. The fear grips him at random moments, and he relives the terror of death, the episodes ending with Eve's voice saying, "I see you, Daniel," after which Daniel can hardly stand.

Another show of the spiritual clashing with the physical is when Daniel, not understanding what he was doing, pledged himself to and accepted Eve into his heart. Daniel was separated from the light, and, instantly, knew that things were wrong. The intense loneliness caused by the mental and spiritual isolation caused intense physical pain.

Another example is when Heather steps towards and speaks to the possessed Daniel. His eyes instantly turn black and he screams things at her, things she had never told to anyone else, not even her closest friends. Then as she starts to utter another word, he yells out again and an invisible force throws her back against the chamber wall.

The final example is when Father Seymour, a Catholic priest, performs an exorcism of the demon Eve from Daniel. Eve left him barely alive, but Daniel survived.

Dekker has written his novel, ADAM, so brilliantly that it is impossible to find a flaw. Even if the reader is not a Christian, ADAM still makes for an exceptional thriller. If the reader is a Christian, reading ADAM will present them with a new revelation, an eye opener, and will make them examine their own beliefs and ways of life. The heart-pounding thrills are enough to keep one on edge to where they jump at even the smallest sound. It is suspenseful enough to where it keeps the reader guessing all the way until the end of the book where the truth behind the mystery is revealed. Though the book is fiction, it seems so real that it haunts the ones who read it. They will never forget it. Everything about a good thriller can be found in Ted Dekker's ADAM; it presents no negative elements one can expand on, no matter how hard one may search. 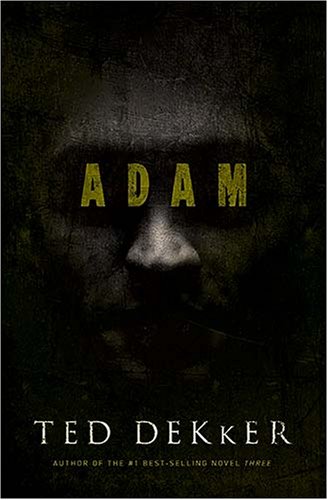 
Buy from Amazon
The author's comments:
Last essay written for my DE English 1010 class. It doesn't do Dekker's ADAM justice, so I suggest reading the book because it is amazing :)
Post a comment
Submit your own