Early in Michael Lewis's Moneyball, an entertaining guide to the otherwise dull world of baseball statistics, we encounter baseball manager Billy Beane at the draft pick, representing his low-rent team, the Oakland A's. Unlike many others, the A's have no money. But they do have one thing others don't: a manager with a unique insight into baseball statistics. While other scouts find “good” players by just looking at them, Billy analyzes their statistics and the numbers that really matter.

By the end of the draft, through a combination of smarter statistical analysis and better negotiating, Billy walks away with his dream team, and no one figures out his scheme. In one sense, Moneyball is about how a failed ball player puts together a winning team. In addition, there's the idea that the right data and the right analysis can give you a tremendous advantage in baseball and in life. I loved this idea, and I may never look at baseball the same way again.

As the title suggests, baseball is first and foremost a business. Billy Beane was the first to understand that baseball strategy needs to be based on data and that this leads to ­results. Previously, managers relied on a combination of folklore and conventional statistics to predict good players. For instance, players were often evaluated by their number of “errors.” Yet the novel points out that “errors” are nothing more than “what an observer thinks should have been accomplished.”

Basically, Billy discovers that ordinary baseball stats are not merely inadequate, they lie. So Billy teams up with math expert Paul DePodesta, and looks at the “right” stats, like on-base percentage.

All this talk about numbers could be boring, but it's not. The book is full of weird, funny characters and snappy language. Billy himself is a ­really interesting, contradictory, amusing man.

This wonderfully entertaining and surprising book is a must-read. It showed me that stats can apply to almost everything. ­including work or school. What really is a grade point average, anyway? 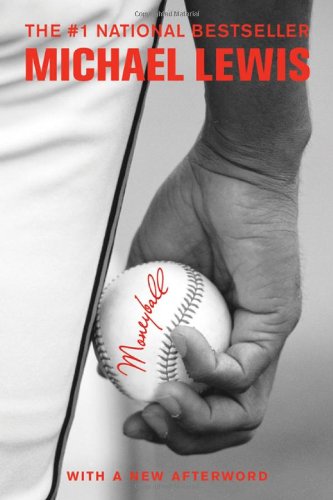 
Buy from Amazon
The author's comments:
I had to read this book for my English class and ended up learning so much about how statistics can help us understand things about the world. Being a math geek, this totally appeals to me. I hope you enjoy my book review and take my recommendation to actually read the book.
Post a comment
Submit your own