The Miraculous Journey of Edward Tulane by Kate DiCamillo

Edward Tulane longed to be loved again. Being tossed around from person to person almost made Edward lose hope. In Kate DiCamillo’s The Miraculous Journey of Edward Tulane, you get to experience Edward’s life and feelings, and maybe even relate to him yourself.

Edward is nothing but a small china rabbit on the outside. But on the inside, he is much, much more. In the book Edward is loved by a small girl named Abilene. It isn’t until he is separated from her that he realizes what love felt like. He wished that he loved her just as much as she loved him. After he lost Abilene, he was picked up by many people. From falling into the sea, to being used as a scarecrow, Edward Tulane hoped to find someone to love again.

Abilene was Edward’s original owner. She was a small, but strong little girl who lived in a large house on Egypt Street. She had an entire wardrobe for Edward and gave him his own bed. Abilene loved him so much, that she even let him sit at the table with her at dinner. Once she lost him, I thought the two seemed to be incomplete without each other.

Throughout the story, there was just one thing Edward seemed to think of-love. It seemed that whoever he loved, he lost in one way or another. For example, he was loved by a very sick little girl named Sarah Ruth, but he lost her too. At one point, Edward just wanted to give up hope of ever being loved again. But it sure is a good thing that he didn’t; after all, he had a big life ahead of him.

Overall, I thought that this book was one of the best ever written. Will Edward be reunited with the one who truly loves him? Or will he be destined to await their arrival for eternity? To find out, go pick up a copy of The Miraculous Journey of Edward Tulane right now! 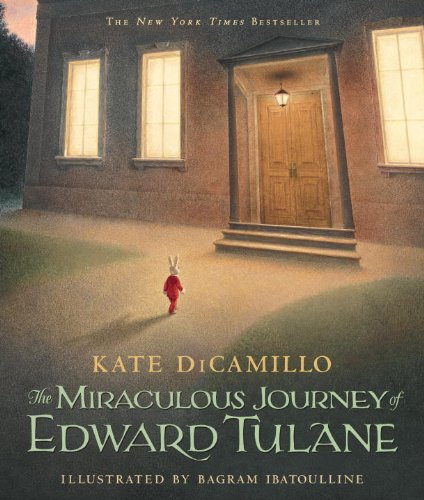