The Help by Kathryn Stockett

Favorite Quote:
"So keep your chin up, and your head held high, and most importantly, keep smiling, because life is a beautiful thing and there's so much to smile about." -Marilyn Monroe

Most people these days would associate the 1960’s of the segregated South with an old story of Rosa Parks or a black and white picture of Dr. King’s “I Have a Dream” speech, or even an old school report on civil rights. But now all of that is changing- the New York Times Best Seller “The Help” by Kathryn Stockett is recreating the past into a vibrantly honest account of the civil rights movement.
The story takes place in Jackson, Mississippi, in the early 1960’s.
It all begins with a simple question- “Do you ever wish you could change things?”
“The Help” follows three different stories of three very different women- but all with one common theme. The three women; Skeeter, Aibileen, and Minny, all have three things in common- broken hearts, a strong hope for change, and a book that just might do that. As this unlikely trio struggle to hold on to this hope, they learn to let go of their pasts and the brokenness within it.
The major element of “The Help” that stands out the most is the vivid depiction of human relationships. Whether it be a mother to a daughter, a friend to a friend, a woman to a man, or a stranger to a stranger, this book colorfully and frankly portrays the humanity of that time. The reader watches as obstacles of heartbreak, betrayal, and weakness are overcome with healing, truth, and strength while these women unite to write down their secrets lives in a book. The reality was extremely vivid, I felt as if I were watching the story unravel before my very eyes.
The writing is very simple, however the Minny and Aibileen writing was very conversational in manner, but this manner served a purpose to illustrate the character more precisely, especially since they are African Americans who couldn’t afford an education. The Skeeter section was more grammatically correct, which was very accurate because of her upbringing and degree. They all had very fascinating perspectives on life.
The character development was beautifully done- however I wouldn’t disagree if one were to argue the roles were rather cliché. I would advice Stockett to add more originality to the characters- a few quirks to the roles here and there wouldn’t hurt.
“The Help”, has a very interesting angle. Historic Fiction about the American segregation period typically tends to lean towards male perspectives. But this book, like “The Secret Life of Bees”, in which I would rate particularly high as well, takes on the viewpoint of women. This is a rare type of book to come across, if you ask me, but it also a striking and unforgettable book to any reader as well. 444 pages of honest human life. 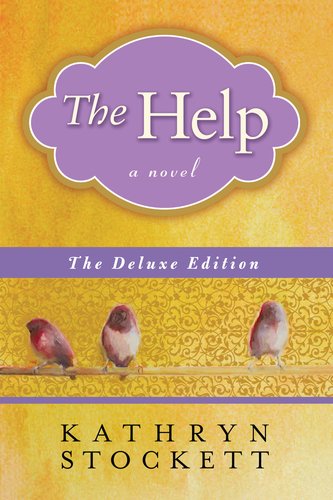 
Buy from Amazon
The author's comments:
I personally love this book!
Post a comment
Submit your own