The Perks Of Being A Wallflower by Stephen Chbosky | Teen Ink

The Perks Of Being A Wallflower by Stephen Chbosky

Favorite Quote:
I am very interested and fascinated how everyone loves each other, but no one really likes each other.

I just hope I remember to tell my kids that they are as happy as I look in my old photographs. And I hope that they believe me.

I used to listen to it all the time when I was little and thinking about grown-up things. I would go to my bedroom window and stare at my reflection in the glass and the trees behind it and just listen to the song for hours. I decided then that when I met someone I thought was as beautiful as the song, I should give it to that person. And I didn’t mean beautiful on the outside. I meant beautiful in all ways.

According to www.sciencedaily.com, teen suicide rates have gone up almost 8% in the past year alone. This is one of the premises of the award winning novel "The Perks Of Being A Wallflower" (or Perks, for short) -written by Stephen Chbosky- where a 15 year old boy’s best friend takes his own life a year prior to the beginning of the book. This leaves him to face his first year at high school (and the troubles that come with it) alone.

This book, set in 1991, is arranged as a series of letters to an anonymous person. The protagonist goes by the alias of Charlie. The author incorporates many other issues, like teenage pregnancy, homosexuality, and rape into one coming of age book. Chbosky tells a truly touching story. However, he achieves more than just story telling.

This book, unlike many others of its kind, is an accurate depiction of the life of the average teenager. The reason behind this is because the characters are realistic. Some of the minor characters are Bill, (Charlie’s English teacher), Brad (Patrick’s close friend), Mary Elizabeth (Charlie’s first girlfriend), and Charlie’s sister, brother, and parents. The main character is Charlie (an eccentric persona who portrays a timid and naive boy). His friends, Patrick and Sam (also main characters), guide him through the life of sex, drugs, and love. Chbosky has said that he “relate[s] to Charlie[...] but my life in high school was in many ways different.”

As the story progresses, Charlie learns new things about himself and the people he observes. It becomes evident that the more he learns about the world, the more he matures. He expresses his individuality through his love for music and writing. Charlie occasionally has episodes of depression due to childhood trauma. He is often subdued with unexplainable feelings and is unaware of the source of his sadness, landing him periodic visits to a psychiatric facility. He describes his feelings towards his life to be “[...]both happy and sad and[..] still trying to figure out how that could be.”

Chbosky has a vivid writing style. He is able to capture so many things with a select few words. This is just one of the reasons why I fell in love with this compelling tale. It taught me to see things from a different perspective, just one of the “perks” of this truly amazing book. 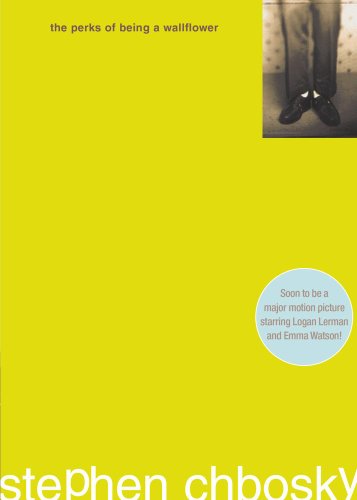